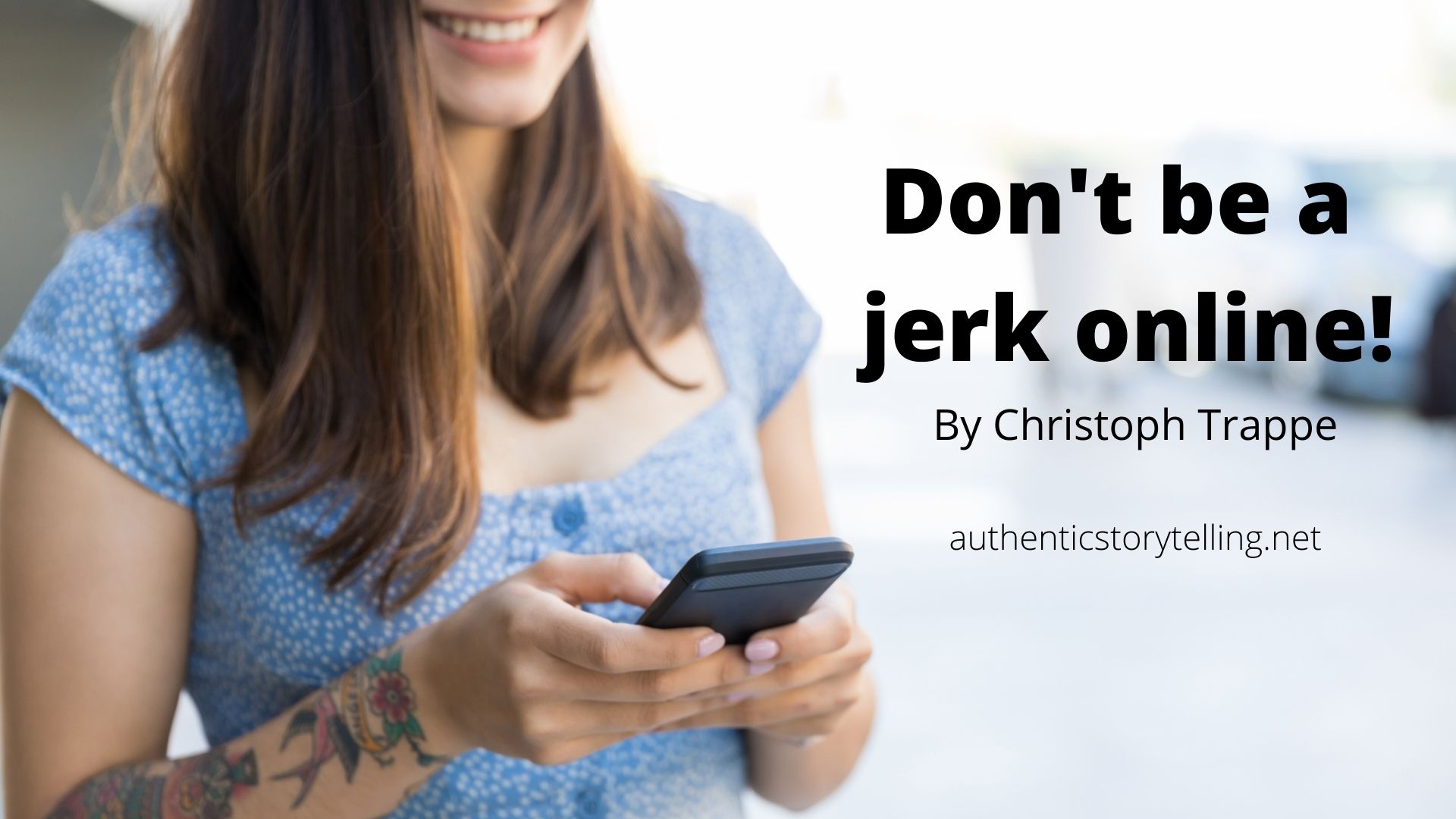 Mark Zohar, president and COO at Viafoura.com, joined me on a live recording of the Business Storytelling Podcast to discuss how his company addresses creating better online communities. In other words, Viafoura helps companies create active, civil and loyal online communities. Who wouldn’t want that!

We discussed Facebook Groups here. I’ve turned comments on this blog off years ago. And most B2B blogs follow the same thought process. Comments are off. Mitch Jackson shared that Clubhouse also helps with civility.

On the episode, which you can also watch here, Mark shared:

Before you start online communities, make sure you know:

Everything in digital marketing takes work!

Some other items that I would like to re-share in the context of online communities here are thoughts on:

Let’s dive into those areas now.

Blog comments on or off?

I used to have comments turned on and every once in a while somebody would leave a comment. People might say that they agreed or liked a post. Yes, some of those were spam, too. Some disagreed.

Very little real discussion happened in the comments section – even for the articles that had them.

My first major run-in with comments happened when I set up topical websites at an Eastern Iowa media company in 2010-11. We partnered with a local event where people where sharing five-minute Ignite  talks with their visions for the community’s future.

The talks were great, inspiring and some may even a bit unrealistic. But then dreams aren’t necessarily supposed to be realistic for today.

Many videos were shared dozens of times – some over 100 times. (Many community managers would love those kind of shares!)

But there were hardly any comments on the site. All the commenting and discussion happened on social media – Facebook, for the most part. What made it worse for yours truly: How can you measure all of this apparently awesome discussion? Much of it was behind privacy walls. But the glimpse of what I could see was promising. But none of it on my site.

It’s OK. Conversation happens where it happens and it can’t be forced – for the most part.

“Conversation happens where it happens.” – @ctrappe

Comments on my blog

Years later I’ve completely turned comments off on The Authentic Storytelling Project. Hardly anyone complains and when people have a question they email or – more commonly – tweet at me. Not a problem at all for the most part.

Once, though, somebody took an issue with my comments being closed. He said something about me not being open to feedback and when I asked what his feedback was he just kept telling me my comments are closed and should be open.

He did end up blogging about my comments being closed. His comments were open, by the way. After his post published, I noticed a lot of Twitter discussion surrounding the post.

I was receiving a lot of notifications since folks were tagging me. I looked quickly and couldn’t figure out what the flurry of Tweets was even talking about. I had to run and forgot about it. Thirty minutes or so later I returned to who a bunch of unread Tweets. People were still discussion the article – but not in the comments – on Twitter!

I jumped in, just to get one of my advocate to respond: “No need to explain. You know what you are doing.”

Point proven, I thought, discussion often happens on social media and not necessarily in the blog sections – though it can. There are sites that have great comment section discussions from time to time.

If I have anything of substance to say, though, I will probably likely draft my own post and share it here and link to the original article.

Why are some people so passionate about comments?

Oftentimes, comments are seen as an immediate success metric. If people comment, we have engagement. So we are shooting for that. We can see the engagement.

But comments aren’t always a measurement of engagement. Let me take EasternIowaNews.com. The news start-up had over 100,000 unique visitors in just nine months and hardly any comments.

It was widely considered a success and even helped me get a job. The site had 80-some contributors and 2,700 posts. It worked and people read it.

But comments are often taken as a success metric. If we turn them off, how will we measure success? First, I would always recommend to tie blogging to a business goal, but for early digital metrics you might also consider these (instead of comments):

This doesn’t mean that all sites should remove comments. There might be a very good reason why you should have comments turned on and it’s working on your site. But don’t think of it as a default and required setting. When in doubt, test it and then go from there.

“When in doubt about comments on your site, turn them on and test.” – @ctrappe

Comments on this blog have been turned off for years but nonetheless, I appreciate getting emails and chatting with you all on social media. Except the spammers.

Related: When I block people

But here’s a fact – especially for organizations who evolving their strategy: Comments are easily the most over-thought piece of content.

Don’t get me wrong. There are some blogs – usually ones with massive traffic – that have comments and even get good ones. But it’s the least bit to focus on early-on in an content strategy implementation. Focus your energy here:

Are you sure that’s not spam?

Sometimes, it can be hard to tell what’s spam and what’s not, but if the comment falls into one of those areas, it likely is.

Twitter has similar issues. People send auto-messages when you follow them. Those messages often ask questions that could be relevant. If you hadn’t seen it 1,299 times you might easily be fooled. They aren’t really trying to have a conversation with you. They just want you to respond and will then count that as an engagement. Yay, one more response I ignored.

I’ve actually responded by retweeting with an answer before when I thought my followers would actually care. But in general, it’s a waste of time to even acknowledge them.

Good rule of thumb: If they don’t even follow you, it’s likely automated.

Don’t have a committee meeting on how to respond. Don’t send it to your experts to spend any time on. Just ignore it. This is a general rule of thumb.

You’ll likely mistake a real comment for spam at some point. If they follow up, just respond then and move forward. Common sense applies.

In general, your return on investment will be higher if you focus on sharing relevant content first and distributing it well.

Don’t let them trigger you!

It certainly can be a fine line and it is a good practice to respond to customer issues on social media. But what’s the point in responding to spam?

Also keep in mind that some people are trying to trigger others to respond and share their content.

For example, we had a bad storm in Eastern Iowa in 2020. Lots of damage. Some unknown national media figure tweeted something that triggered a lot of people. Many responded and even shared the comment. That’s free advertising for that person. Something to keep in mind when you decide to respond.

The same can happen on blog comments. Some people just comment to drop a link to their website. So in those cases it’s not about the conversation but about their marketing!