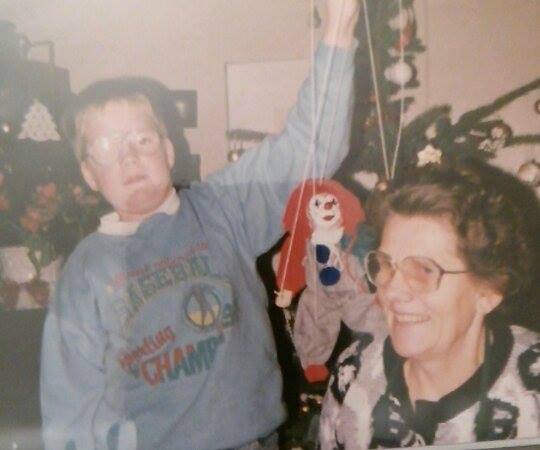 It’s that time of the year, when families are together around the Christmas tree, children get gifts they want and where stories are  lived. (OK, I’ve used my allowance for strike-thru for the year. Ha)

Seriously, though, I still remember my childhood Christmases. Many parts of them: The boring ones, the obnoxious ones and the fun ones. I once got a black and white TV. And while it was actually white, I mean it was only showing the three channels we were getting in black and white. I thought it was HD, even though I didn’t call it that then, because well, HD hadn’t been invented. And after all, it wasn’t even in color, but it looked great to me. I didn’t know any better.

I remember many Christmases – though I couldn’t tell you which year was which. We would celebrate on Christmas Eve, which was pretty much a German tradition and since I was growing up in Germany, that was that. When my wife and I started raising a family later in the United States, where many celebrate on Christmas Day, that was actually a point worth discussing. We did end up going with the U.S. tradition, but I was holding onto the thought of doing it on Christmas Eve for just a bit. Looking back, either way is obviously OK, but I remembered my experiences and wanted to pass those onto my children. Of course, they could have similar experiences on Christmas Day as well!

The holiday season – including Christmas – produces lots of positive stories. That’s why when something negative or bad happens we notice that even more. The expectation was and is for good things to happen. So when they don’t and something bad happens – especially something really bad – it feels even worse than when it happens on other “regular” days.

The memories will be there forever. Interestingly, The memories are likely better (or worse) than the actual experiences.

“The memories are likely better (or worse) than the actual experiences. ” – @ctrappe

A few years ago, my mom started sending me old childhood things. Not sure if she was just finding things, cleaning out my things or thought that maybe my daughters would be interested. Some of the toys she sent my daughters actually play with today.

It was an interesting situation getting them in the mail. When they arrived, the way the toys looked and felt didn’t match up with the memory I had of them. Yes, I get it. I’m older (and some days wiser) and I don’t play with toys. But, it just struck me as interesting to get something in the mail and think: “Oh, this isn’t how I remember this thing at all. Why is it so dirty (… and old).”

The reality of today didn’t match the memory of 30 or so years ago. It was kind of sad really and it’s certainly worth remembering that when we have great memories – keep those the way they are and when we have not so great ones, maybe learn from them if there’s something to learn from. Then forgive and forget and start creating more positive memories again going forward.