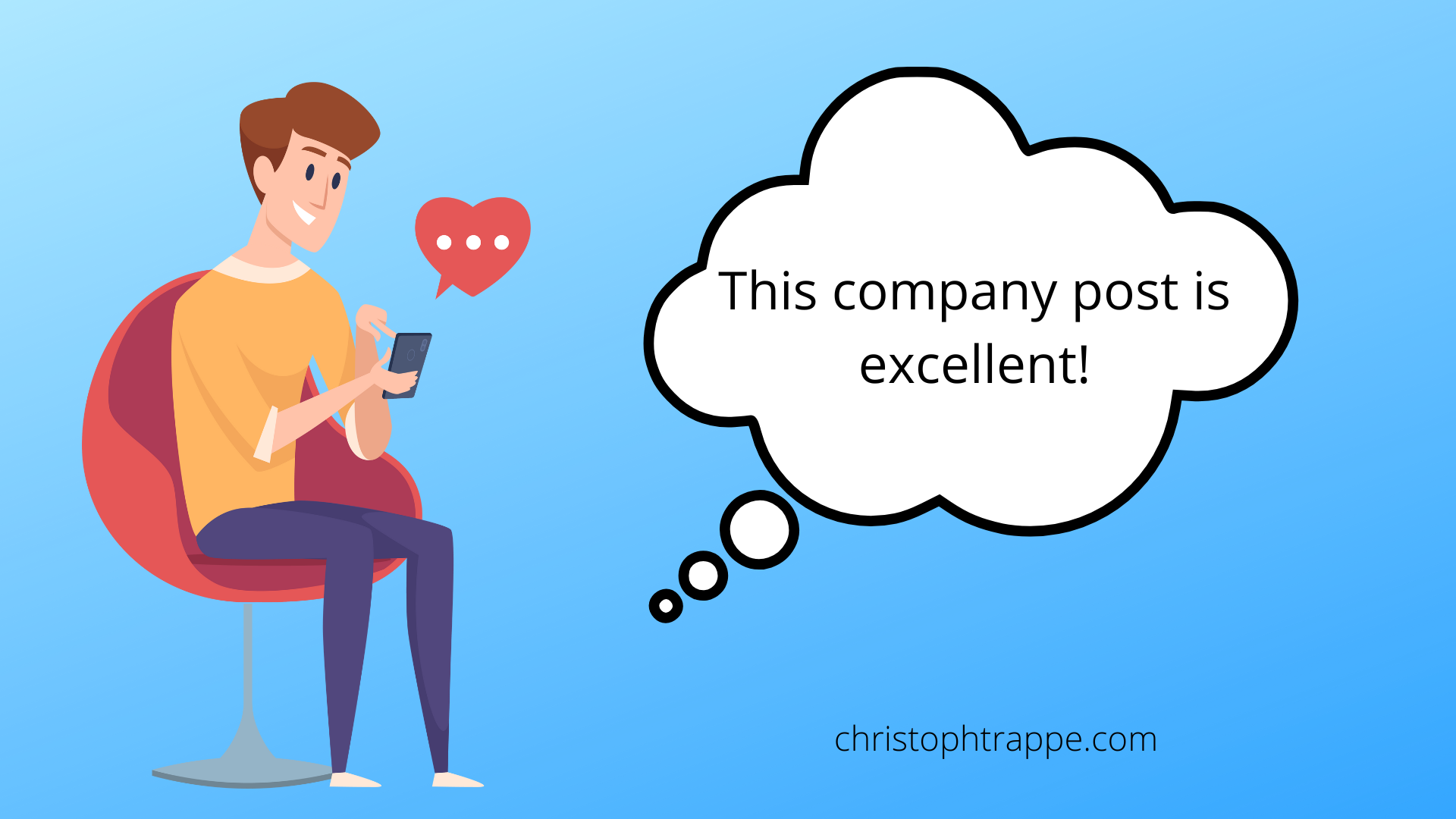 On social media we want engagement with our content. But what if that engagement comes from employees only liking company social posts? Is that a problem? Can it be seen as no engagement? Should we even spend any amount of time thinking about this topic? Let’s dive in.

For a bit of background, this question was asked of me while speaking at the Digital Enterprise Show in Malaga, Spain:

“What if the small company’s social post usually only gets three likes. One from the owner, one from the cashier, and one from the brother-in-law? Is that something to worry about?”

In general, I feel that the answer is no, it’s not something to worry about. At least the people associated with the business take the time! And the rest of the audience will likely not overanalyze it anyway. Chances are they won’t go and investigate who exactly liked the post. They are more likely to just keep scrolling through their social feed.

Do we want employees to like company social posts?

It seems like a clear-cut “yes” answer. But why not consider it here: Do we even want employees to engage with our social content? Is that a priority? After all, some companies have full-fledged employee advocacy programs where social strategies – like, commenting and resharing- are discussed.

LinkedIn allows you to notify employees of new posts so they can interact with them.

Overall, I think it’s a good idea to let employees know of new social posts – whether or not they end up sharing them. If they do end up sharing, liking, or commenting, there’s certainly a chance that it can help boost the post in the network’s algorithm.

Though, I do think that Linkedin, at some point, will value likes from company employees less than others if LinkedIn isn’t doing that already.

Read next: How to build your personal brand – even if you work for a company

The importance of engagement on your company’s social posts

Yes, likes matter. So do comments and shares. And there might be a place to work with influencers and others in your area. But, the reality of social reach also comes back to that organic reach is harder and more challenging to get nowadays.

In my keynote at the Digital Enterprise Show, I explained it like this: We used to be in the organic era, where a lot of content would take off. That’s not that common anymore today in many cases – and rarely happens for company accounts. We are now in the native and paid era, where the content is only living on that social platform for a change to perform, or we paid for it to be seen by more people.

With that in mind, one way to increase likes – if that’s important to you – is to boost or promote a post. That not only leads to more viewers but also often to more likes.

Also, remember that likes aren’t the only way to measure success. It also matters how many people see the post and how many it’s influencing. The influencing part can be harder to measure. For example, I have had people tell me my content influenced them over the years, but they never like any.

Read next: How to maximize organic social media

Why are social media likes hard to come by?

It’s a numbers game. To get a ton of likes, you need to get a ton of people to see the content, to begin with. What “a ton” is depends on the network. Here’s an example from YouTube. I’ve been having fun and some success with YouTube Shorts.

Especially with that in mind, employee likes are better than no likes, and employees usually voluntarily like posts at the end of the day. So – if nothing else – it’s a sign that they want the company (and its related social accounts) to succeed.