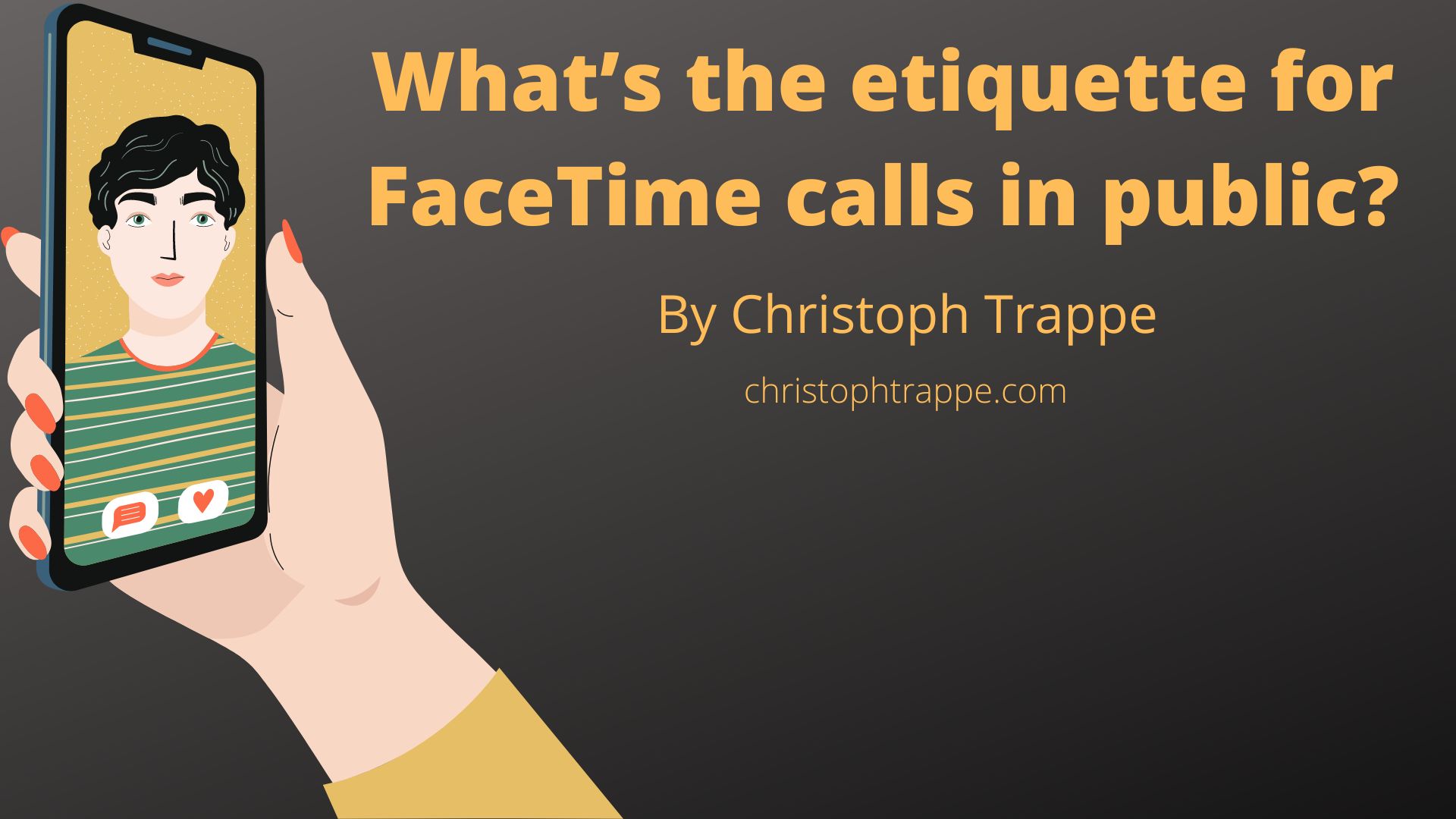 I love that we can be in touch with many people, almost no matter where we are. I can sit at London Heathrow Airport and Facetime with my kids back in Iowa, halfway around the world. Or I can take a business call from the airport lounge, which is what many people were doing while I was there recently. I felt slightly left out and wondered if I should be calling somebody.

Are Facetime or phones in public always a good idea? After all, you might not know who you are sitting next to. But, on the other hand, maybe they know you, recognize you from somewhere, and even figure out who you are talking to. Or who you are talking about! That’s not good if you discuss letting somebody go or finalizing a business deal, for example.

Many of these thoughts and tips can also be applied to voice texting. Voice dictating a text through our headphones lets everyone around us hear that content, too.

So there are a few things to consider when it comes to public communication like this. One is etiquette, another is privacy, and a third one is attention. So let’s dive into these.

You might not care on the surface that others near you are annoyed by your public call. But why be a jerk? Even if you don’t know them. And there’s always a chance that somebody does know you, or what if they record the conversation and use that recording for who knows what?

If you can’t put the phone down, at least consider:

Read next: Can walking meetings be productive?

At some point, something private will be shared on a call, whether it’s about a team member on a business call, or something intimate to the family on a call with a child, for example. Public calls are like what they used to say about email: “If you don’t want it to end up in the newspaper, don’t write it in an email.” The same goes here: Don’t want somebody to record it and republish or share it, don’t scream it on a public phone call.

Don’t expect privacy in a public or quasi-public place, including airports, hotel lounges, and maybe even busy hallways on a client visit.

It’s certainly easy to forget about the lack of privacy when people just want to get the conversation out of the way or really, really, really want to talk. I saw that when I drove Uber a few years ago. The stories passengers shared were often unbelievable. Hello, we just met.

Yes, some of us claim to be able to multitask, and some companies are looking for “multitaskers.” But the reality is that we can’t give everything our full attention at once. So if you are on a phone call while a plane is deplaning, chances are you aren’t hearing the whole conversation or missing announcements on board or interactions with others around you.

Depending on background noises, the call might be super annoying to others on the call with you, too.

In extreme scenarios, inattentiveness could lead to forgetting something or even getting robbed.

At the end of the day, it’s great that we can now communicate in many places, but we also should be aware of the limitations or potential issues when communicating publicly.