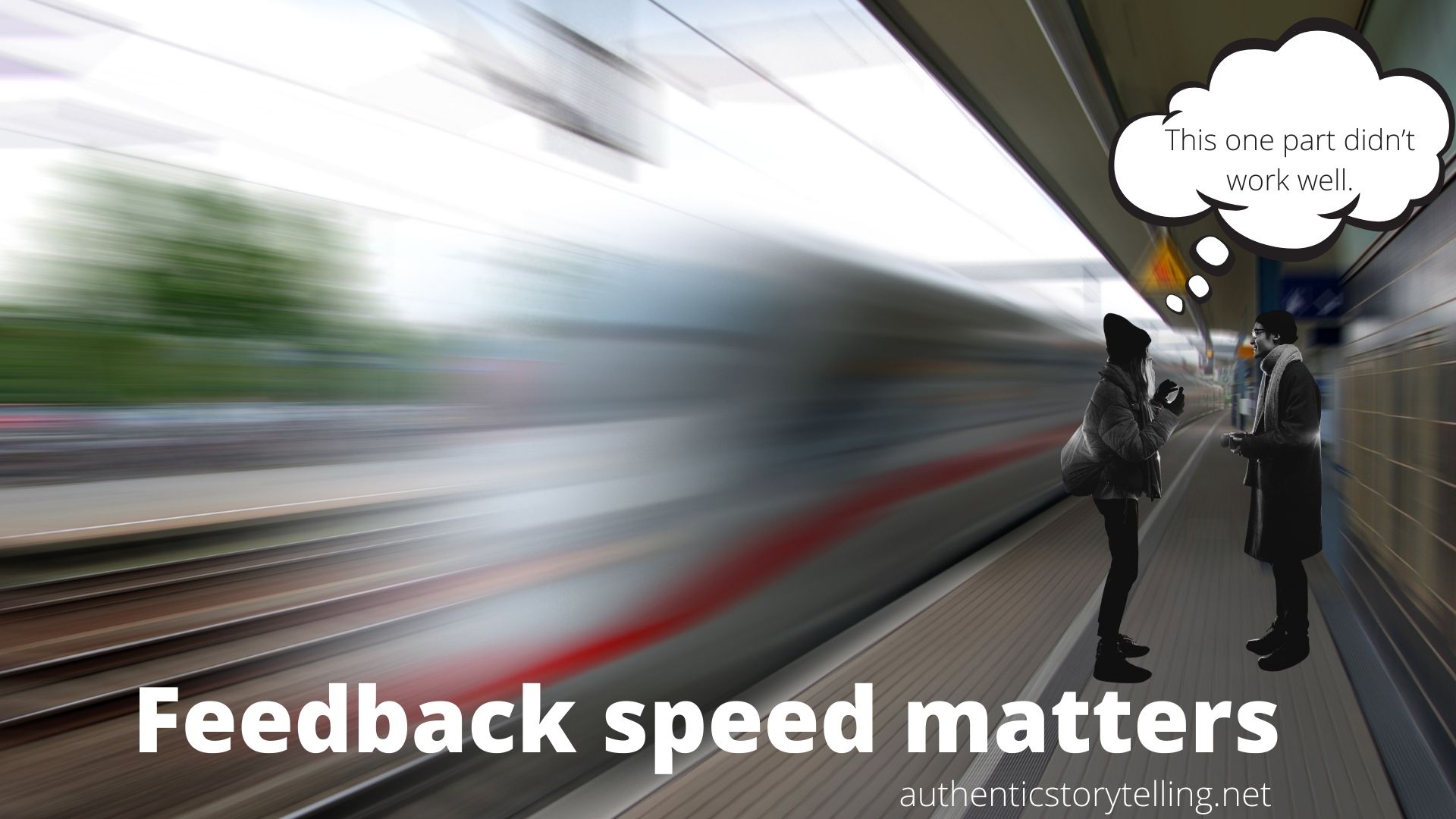 
Feedback – even when it stings or is wrong – can be tremendously helpful. We can learn from it and make necessary adjustments. At the least, we get an idea how others perceive us.

But feedback that is about something long ago is often worthless and it often serves very little good because if people can’t even remember it how can they adjust something?

Fast feedback gives us a chance to learn.

Fast collaboration and the next-play mentality help teams set themselves apart. And they grow closer. So with that, how about this guideline for fast feedback?

Something happens that needs feedback. It’s 8:05 a.m. The clock starts ticking and you have 24 hours to give that piece of feedback. At 8:06 a.m. tomorrow the right to hold a grudge or hold it over somebody’s head has been forfeited. It’s now water under the bridge so to speak.

It sounds simple but it’s harder than it should be. But it works. Here are the reasons:

Those time-delayed communications are often worthless.

The 24-hour rule, can create some logistical problems.

Let’s say a team member is traveling in India and 10.5 hours ahead of others, that’s a hurdle. But if it’s important enough they will find a way:

Find a way if it matters and if it doesn’t let it go. Forgive and forget.

Picking non-face-to-face channels can be a hurdle for some. I know that there were some conversations I never had with my late grandmothers because we mostly talked on the phone and not often in person. She lived in Germany while I lived in the United States.

Read next: When and how to use a Slack channel to communicate with people

However, it’s time to move forward. I would recommend Zoom over phone, phone over email and in-person over phone.

The world moves too fast today to wait. This hit me hard when I worked with a team that was giving sloooowww feedback. Team members were holding onto feedback for months and the team actually lost some easy wins because it took them months to fix things – as opposed to a day or two.

It’s not easy. Whatever is that is worth doing? But it helps teams move forward quickly and evolve together. And it gets people off hoarding things for that one-time clash of “here’s all the stuff that’s wrong.”

Evolving together is powerful! It doesn’t  happen without good and quick communication.