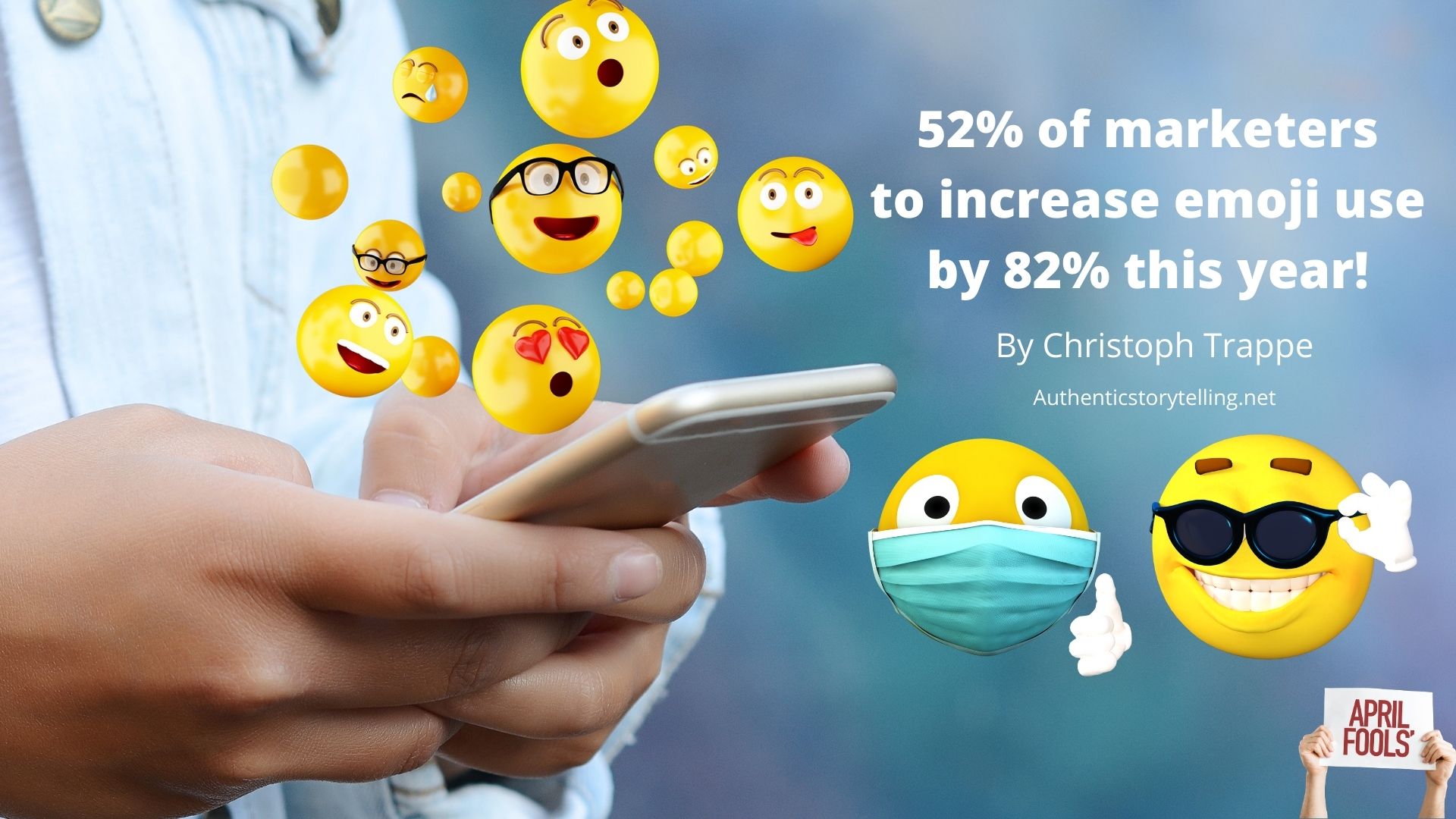 Written language is now dead. You know email was declared dead a couple of years ago. Then it was some social media. The internet was declared dead soon after it started, too. Well, the time has come for regularly written language – like in blog posts, news releases and other such content assets that rely on properly-strung-together sentences. The art and science of written storytelling is now dead.  It’s being replaced by emojis – effective this next fiscal year – for those of you that need effective dates to get anything done. You know who you are.

Three out of four marketers that we talked to report an increase in use of emojis in their content already. Audiences seem to like it. At the least nobody has complained, yet. No news is good news, right?

The written word is just not how people communicate anymore. I’m surprised actually you are reading this word for word. 😉 You probably aren’t.  That’s why this blog will slowly make the transition to emoji-only content. Plus, just like podcasts, emojis will now give you some SEO juice.

You can also search Twitter for emoji-based content. That’s not even a new thing. They rolled that out in 2017.

Emojis are used to express ourselves in text messages, the “Late Late Show with James Corden” has done the Emoji News before. That has given many of us the practice we need to live in this new world of emoji-only content. And, according to Emojipedia, we are closing in on having 4,000 emojis so that should be plenty to communicate.

You’ve heard me say it: Content that isn’t published can’t perform. The same is true with emojis. If you don’t publish them. And in a way that tells a good and useful story, it won’t work. You’ve heard all these experts tell you: Publish useful content. The same is true here. Publish useful emojis. 🤞 A phased approach should work best with your Emoji Content Strategy. This plan was vetted by our internal committee and here are the goals for quarterly emoji content creation. Add more emojis every quarter, basically.

Remember that some people find some emojis in some context passive aggressive. OK then!

What about changes in emojis?

The meaning of emojis also changes. For example, the LOL emoji should no longer be used, according to my 13-year-old in-house expert. Use the skull emoji instead. That stands for laughing so hard you are dying. Or something like that.

Also, keep in mind that not all emojis have the same popularity as others. From extensive research, I’ve found that the chocolate swirly ice cream emoji seems to hold a special place in the heart of many audience members. So use it when it makes sense.

Writing with emojis-only can be a pain. It’s probably easiest on smart devices.

Using emojis actually puts us mobile content creators at an advantage. I actually have three keyboards on my iPhone:

Emojis are kind of a pain when you’re typing on a laptop. But it’s easy from your mobile, where I’m often voice dictating posts

On iPhones as you’re typing it even offers you emojis based on what you were just typing. Here’s an example:

In this example, as I’m typing flower the iPhone is suggesting the flower emoji – bottom right! I can then either replace the word flower with the emoji or add the emoji after the word. And here’s another trick. If you highlight the word like in the image below you sometimes get more options for appropriate emojis.

So this is making the emoji production much easier, for sure. It will help us reach our quarterly production goals to get started. Of course, those goals will move to performance once we get going. Only use the emojis that drive leads! Starting in FY2023.

Park West, a landscape company based in California, was using emojis already in tweets in 2017:

Twitter on desktop also allows you to drop down to pick emojis. This certainly will take some getting used to so make sure your emojis tell the story efficiently.

And a series of emojis can indeed tell an entire story. Here’s one of these that I posted to my Facebook page:

While I do think you can use emojis from time to time in your content, creating emoji-only content makes no sense, which is what makes it a potentially good April Fool’s story. I did previously file this article with some guidance on actually using emojis in your marketing. Take a look.

Doing these April Fool’s Day content campaign are fun and certainly get my creative juices going. Last year I didn’t do one because of COVID. The year before I filed this story:

Next year? We will see.  For now, please keep creating useful content that gives you a chance to get your content to perform. Karyn Quick joined me on this livestream of the Business Storytelling Podcast to discuss content performance as well.

Finally – on a serious note – emojis do indeed draw attention. I’ve used emoji pillows at conference as far back as 2017 in Berlin to get the audience’s attention and drive my points home. Here’s the clip from Berlin.