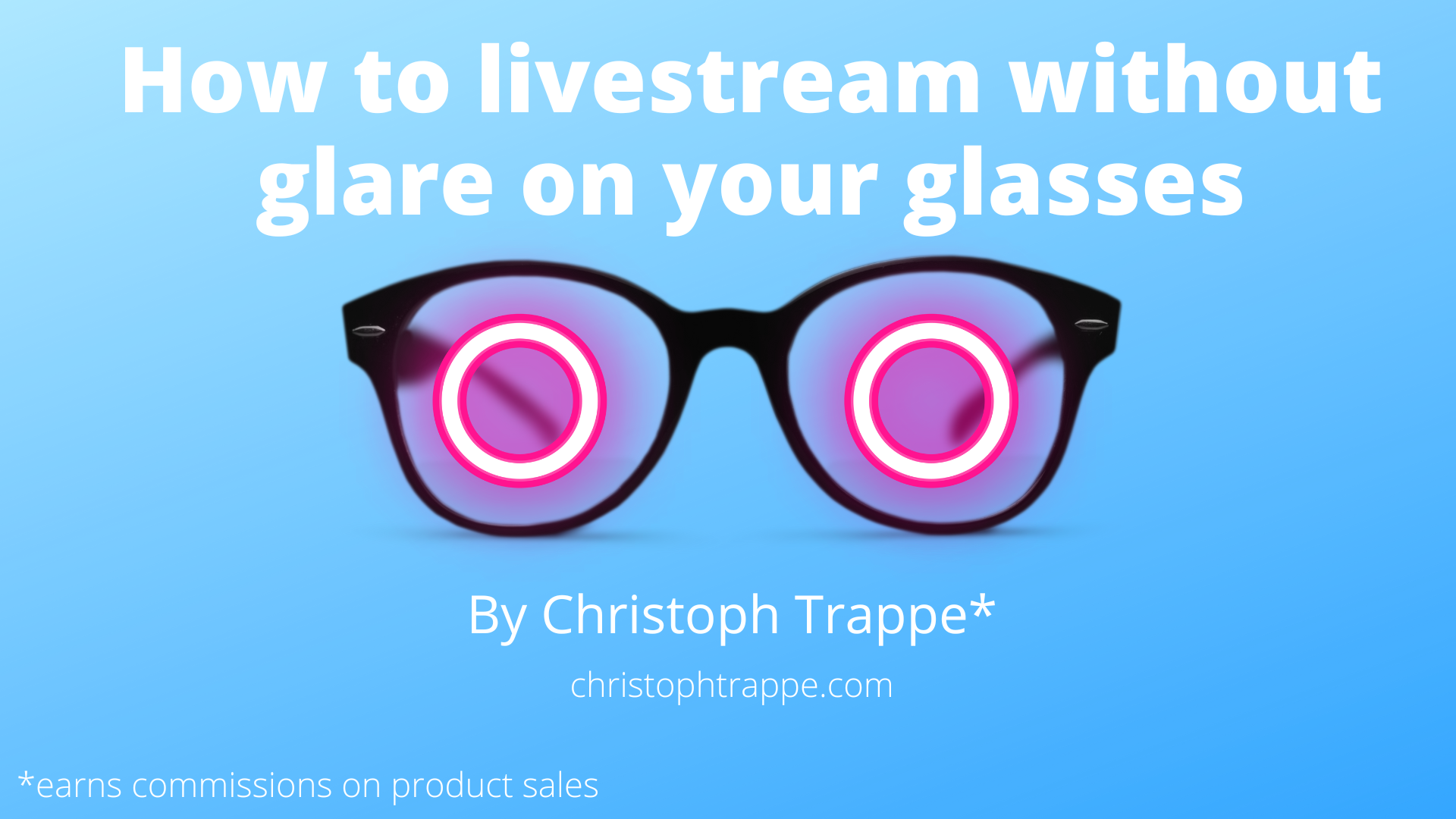 The glare on glasses during video podcasts or livestreams is so annoying. I’m not too fond of it, and I assume it might also be distracting to some viewers. You know what I’m talking about, right? The glare on my glasses from the ring light in front of me. It usually looks something like this:

That was a quick Instagram Reel I recorded with my daughter. The glare on glasses showed because of how close the ring lights were to my face. That’s usually the most common problem when video podcasters end up with a glare. The lights aren’t at the right angle and are too close to your face.

Let me show you how my setup looks as an example to avoid glare.

I have it set up, so none of the lights are directly in front of my face. Instead, the two ring lights stand on tripods that came with them and light my face from the top. The glare is typically created by the lights being too close, which I’m avoiding here.

I then use one floor lamp on each side the fill the room with more light. They also have two smaller lights that I can point at the sides of me or use to light up the physical backdrop behind me.

In other words, the easiest way to avoid the annoying glare is to move the ring lights up or sideways if that’s impossible. That doesn’t always help with lighting, though.

That’s been my solution, and it has worked great. I’m better lit during livestreams, but the light is not blinding me or glaring in my glasses. However, if you are bald – like me – this can lead to reflections on the bald head. To avoid that, I simply use a light touch of makeup on my head.