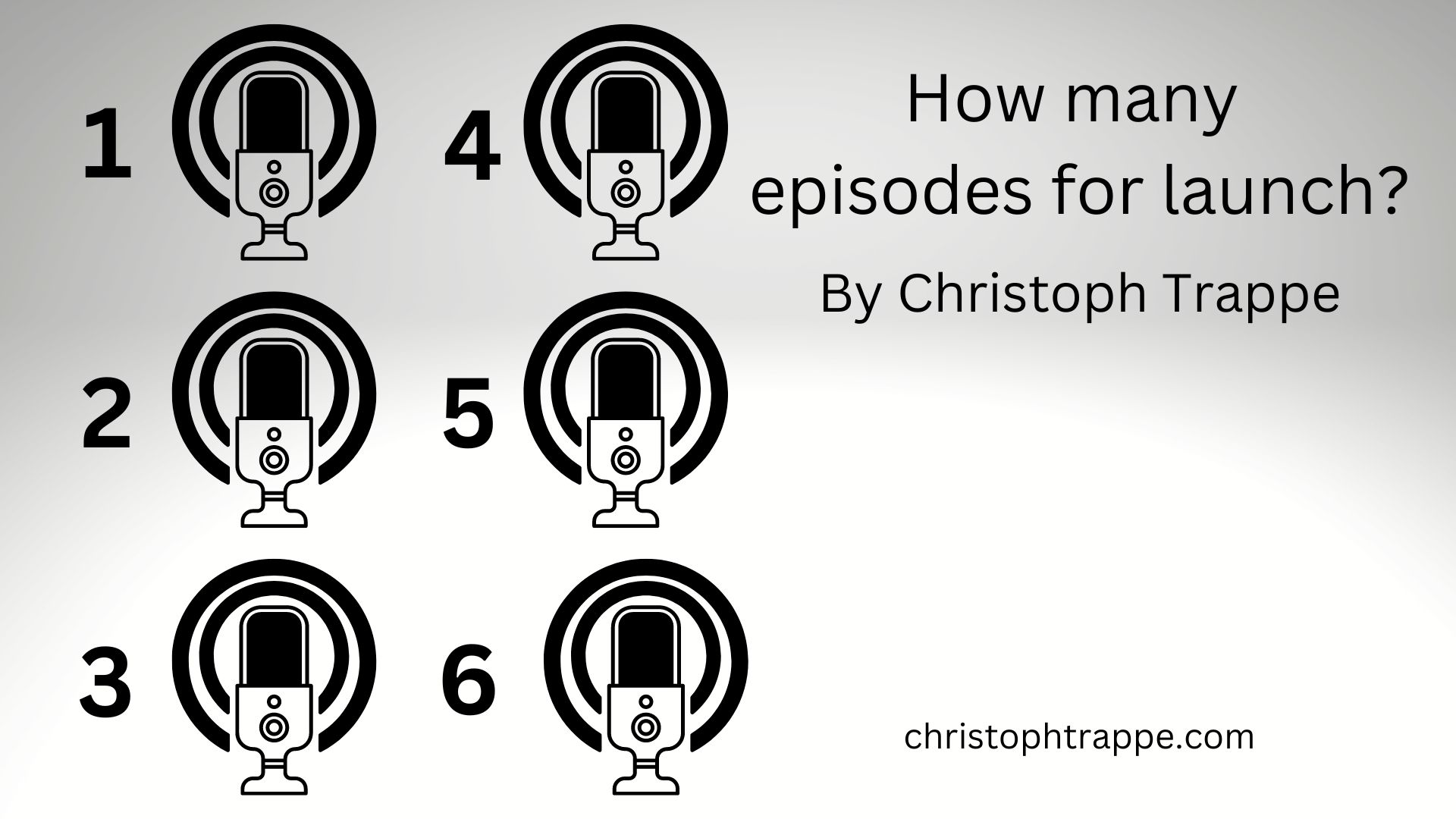 How many podcast episodes should you launch with is an interesting question teams ponder when starting a new podcast. And I’ve heard variations of this in other areas of content strategy as well: How many blog posts should you have when launching a new blog is another one.

So let’s talk through what should be considered when it comes to a new podcast and the number of episodes needed to get going.

Given that people consider launching with more than one episode, there must be an answer to this question. But what is it? Perhaps, it looks better when a new podcast launches with multiple episodes. Hey, there’s more than one episode here. But does it really? Do people even notice?

And will listeners who just discovered the podcast really listen to 5 or 8, or more episodes? Probably not if it’s a talk-show-type podcast where each episode can stand on its own. I know I rarely go back and listen to previous episodes of a podcast in my feed. Now, I might stumble across an older podcast episode while searching for something, but that’s different.

But if the podcast is a serial-type show where each episode starts building on each other, a release of multiple episodes to launch and even a  season-by-season release might make sense. Some crime podcasts might fit this mold here, but I’m not so sure that most business podcasts fit the serial-style release for listening.

Another reason to launch with multiple episodes might be that you already have a bunch of content that can be used as early episodes. Those might be previous webinars that follow a similar style or previous video projects that were a podcast but not quite. Using these with a short intro section – with the show’s formal opening and an explanation of what this episode is about- is a great way to repurpose content.

Read next: How to update an existing podcast episode

Launching your new podcast with just one episode

From a content workflow and performance perspective, launching an episode a week generally makes more sense to me. Some podcasts don’t even launch with one episode. They publish the teaser. The first episode follows later.

Let’s unpack some of the advantages of publishing one episode at a time:

Of course, once your podcast has been launched, it’s just as important to keep publishing and promoting it. So many shows do a handful of episodes and then stop. Podcasting – like most organic content strategies – is a long game that works when the content is relevant, valuable, and consistent.