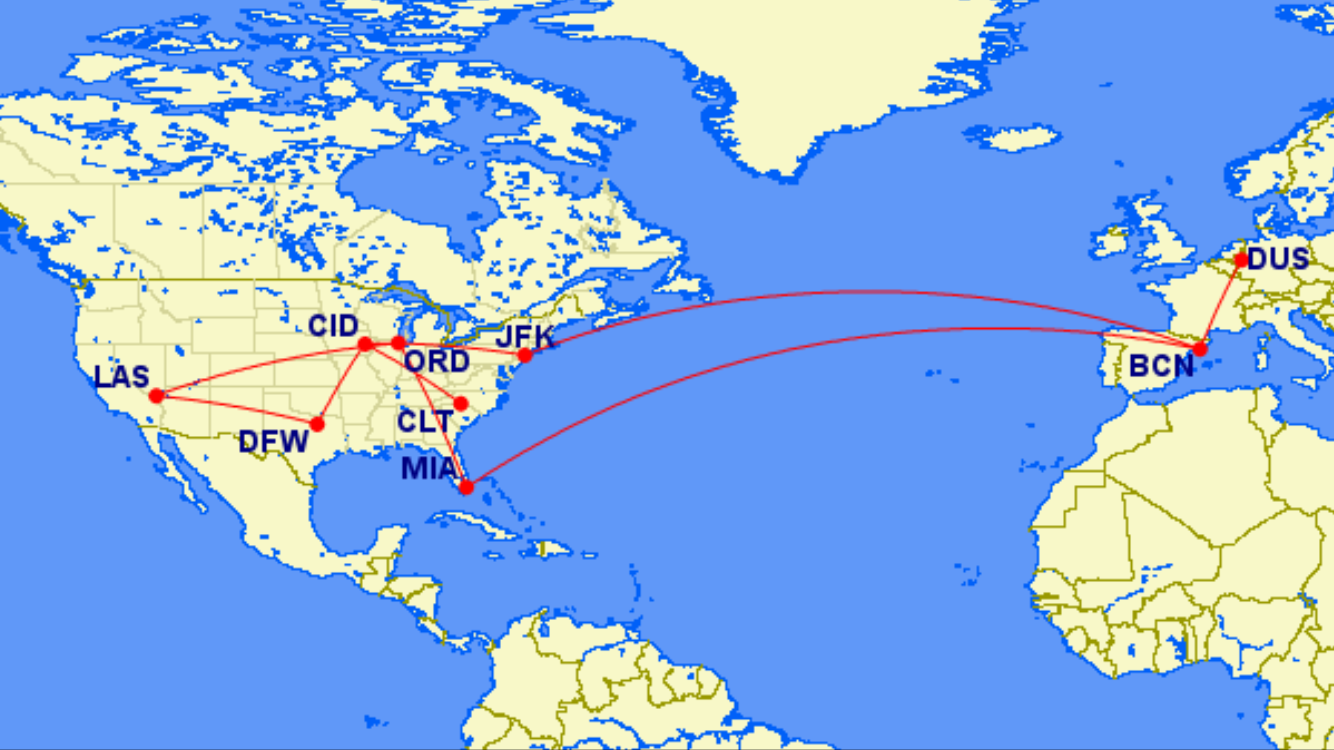 While most of my travel happens domestically in the United States I’ve also traveled to Europe and Asia in a 13-month time period before.

And those trips can take time. Just traveling to India takes nearly 30 hours one way. So I try to maximize trips

My thinking: What else can I tie into the trip? Is there another conference nearby or can I see some prospective or current clients? I also often hop through Düsseldorf, Germany for two reasons:

Europe travel tip: It’s often cheaper to book a round trip to one European city – like Düsseldorf – and then book other round trips within Europe from there. Multi-city booking to include all legs on one trip is another option but can be a lot more expensive.

When I spoke in Mumbai, India, in 2015, I was also approached by another conference in Delhi to speak there the day before. We couldn’t make it work due to schedules and budget but already being in the country can really save overall costs than separate trips. And think about the time saved.

Related: My tips while on international trips

Later in November 2016, I’m heading to Europe to speak at three events:

Order a copy of my book here.

That feels super efficient to me. I’ll still have time to enjoy Spain and Germany but three speaking engagements on one trip is new. I’ve never even done that in North America. Related: Why I’m super nervous about presenting in German.

My takeaway going forward is to always look what else is happening in a specific geographical area and if I could tie another event or meeting into a confirmed trip.

One thing to keep in mind while doing this is to keep enough time build in for travel and delays. In general, when traveling anywhere outside North America, I try to arrive 24-36 hours before speaking. First of all, it’s good to get somewhat used to the time difference, but also to make sure I actually get there. There are far fewer flights to Europe, Asia and Australia than let’s say from Cedar Rapids to Dallas. So it’s good to give yourself some cushion. For example, when I was flying to India in 2015 to keynote at a blogging conference I was delayed in Chicago by about 2 hours, but that caused me to miss my connection in London and I arrived 6 or so hours late in Mumbai. Good thing I had plenty of “cushion time” build in.

Here’s to being efficient in sharing our stories and information.

Check out my keynote and workshop topics and videos  here.