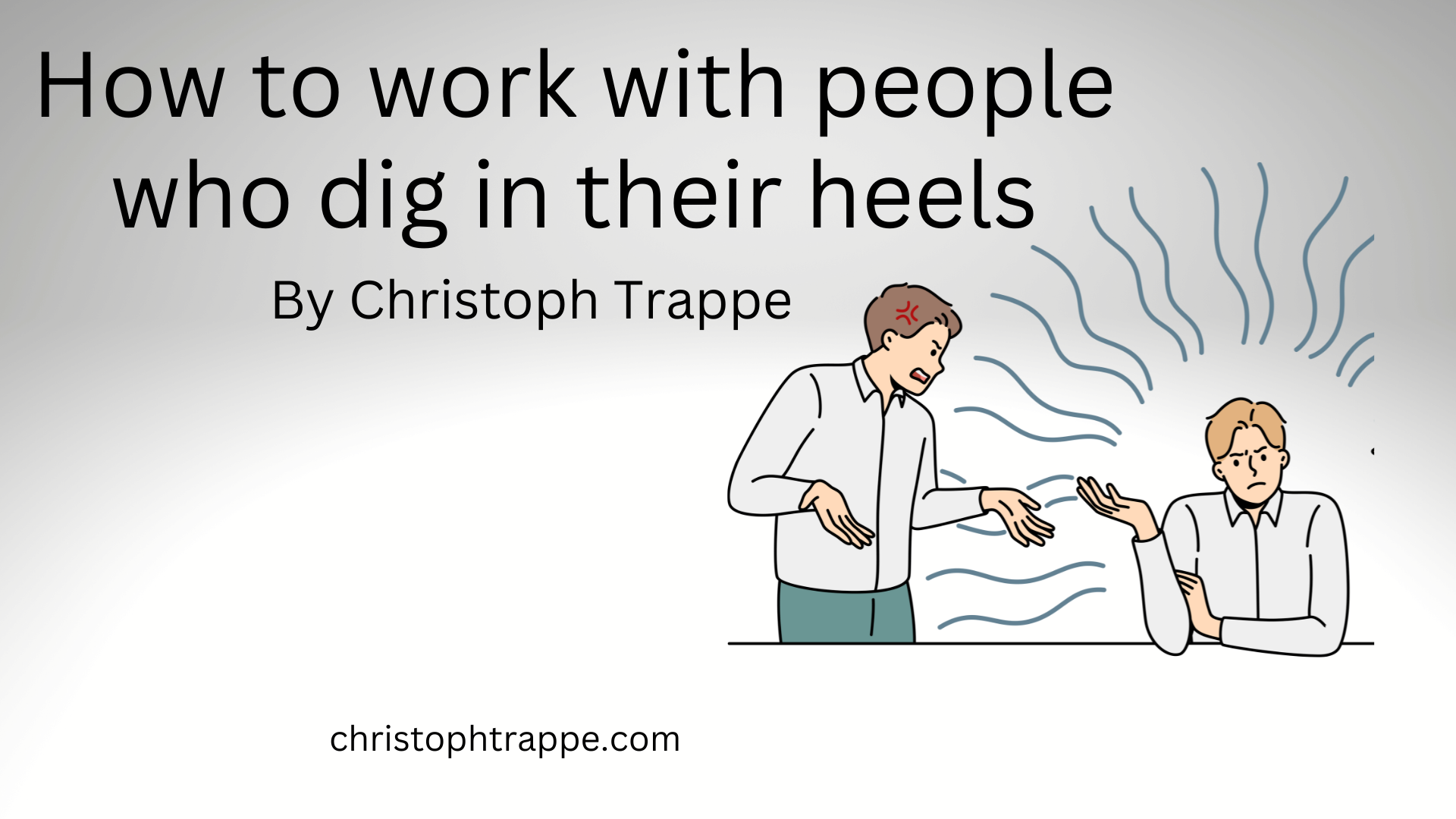 People digging in their heels happens, and when they are correct, it might not be as big of a deal as when they are wrong. But either way, digging in your heels has a negative connotation to it. Even when people understand the concept, it can still happen and can slow down content strategy or even minimize its results. It can also hurt culture.

So how do we deal with people who know it all and are digging in? In this article, I discuss the following:

What does it mean when people are digging in their heels?

On the most basic level, it means that people are not wavering from their stand or opinion on a project. For example, they may have come in and requested a website popup. Even after their friendly content strategist suggested another idea, one more likely to succeed, they remained firmly tied to that popup idea.

Whatever they say first is the opinion or stand they will stick with. Digging in our heels is usually about cementing the initial idea – whether it’s right or wrong is irrelevant.

That can happen because, well, some people think they know better. No matter what the facts are. Other times, it can be a case of not wanting to look wrong – even when they know they are. This is not uncommon: A person makes a statement or a specific request and can’t mentally overcome changing their opinion because they think they may appear weak or incompetent.

Who is likely to dig in their heels in a content project?

That can range from the content strategist, creator, or director to various stakeholders who need help with a content project.

The content person with the mindset that they know better might be prone to making things more complicated than they need to be. This can be seen in behaviors of “I know better” or “I have all the answers.” Often it rears its ugly head by not genuinely collaborating with others.

The stakeholder might be digging in when they are set in their ways of what they want and aren’t open to listening to other ideas. They may or may not be correct, but things constantly change regarding the best content formats. Those best formats can usually be identified through collaboration and testing.

Read next: Why does some content bury the lead?

What are some common scenarios during a content project?

The situation of one person or another digging in their heels can happen at any point in a content project:

A dig-in-your-heels scenario happens when things just don’t get done because of disagreements. Now, disagreements per see aren’t all bad, but we still need to find a way to collaborate together.

Read next: Should you be biding your time in content ops?

How to work through these situations?

Here’s where culture comes in. The culture, leadership, and teams must live the right culture. So let’s consider how we might describe digging in our heels differently. It’s just a way not to be collaborative, to stump your foot and demand to get precisely what you want.

And if that kind of behavior is allowed, that’s a cultural issue that should be fixed by leadership and others involved. Indeed, that can be a hiring issue, wrong-culture issue, or accountability issue.

But, to turn an uncollaborative environment into a collaborative one, we first have to realize the problem. And then we have to be willing to address and fix it. For example, sometimes, so-called high-performers are the people that are digging in. Even when they are wrong, the answer might be “but they are such a high-performer. That’s just how they are.”

“High-performers” that are toxic also impact the team’s long-term success. So let’s build teams that collaborate, build together, and aren’t digging in. Being right shouldn’t be the goal. Instead, creating content that matters and drives results should be the goal, and teams get there by collaborating.