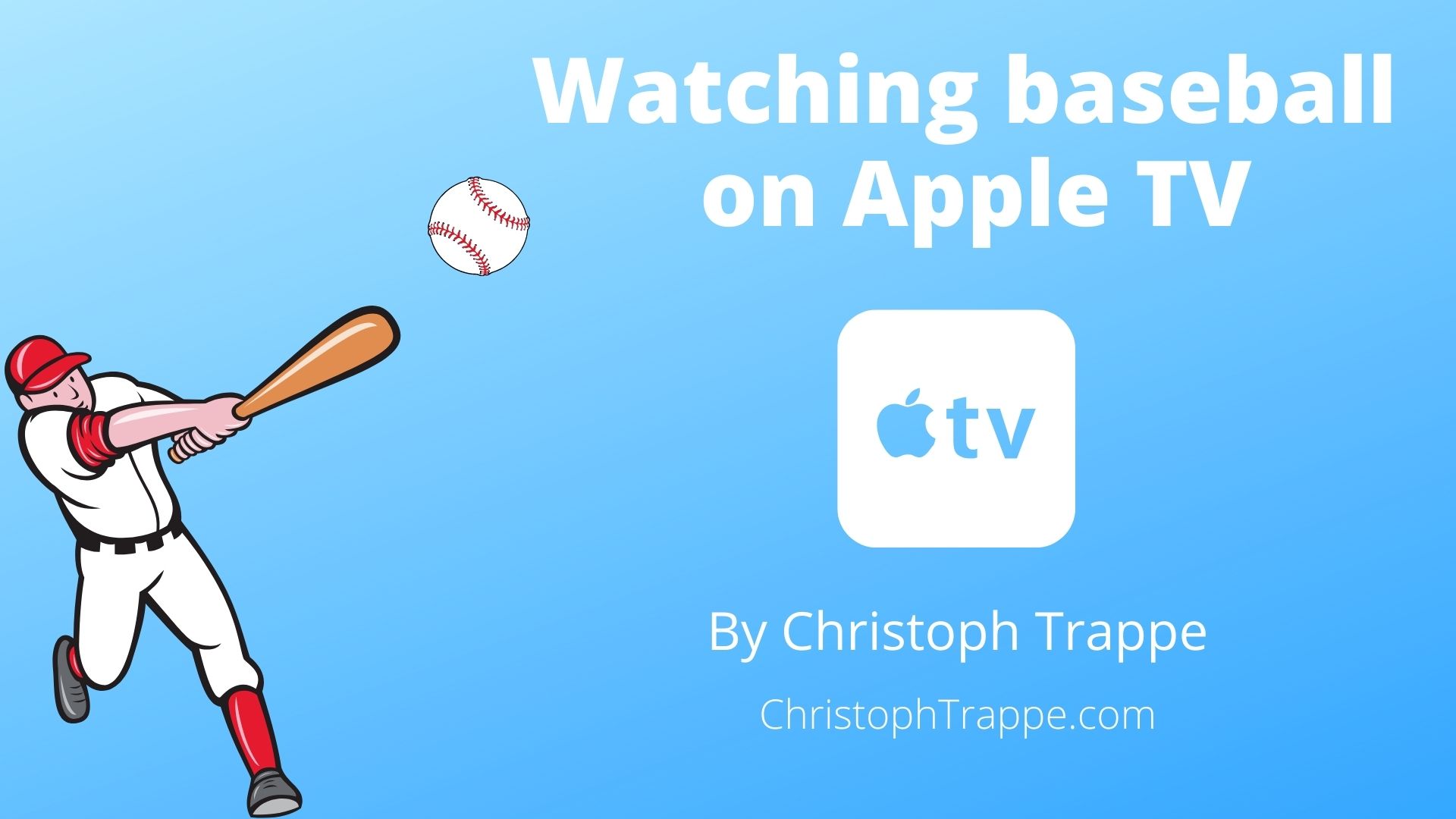 Everyone wants a piece of the major league broadcast pie. So MLB on Apple TV is now a thing. I don’t blame them. We watch the New York Yankees games pretty much daily on the DirecTV baseball package. But now, some games are also shown on Apple TV.

Of course, every time the distribution method of content gets changed there is a bit of a change in habits for existing consumers.

So let’s look at how to watch baseball on Apple TV and what was good and bad about the experience in my opinion.

How to watch MLB on Apple TV

First things first. You do need the right set up and equipment.

Links to relevant products are affiliate links, meaning I get a small cut if you click and buy.

Apple TV can be watched on:

How I watched the Yankees game on Apple TV

Apple TV is already installed on my smart TV so I simply loaded up that app and signed in with my Apple ID. From there I found the game and started streaming it.

What I like and dislike about MLB on Apple TV broadcasts

There is a bit of a pregame set up but there is no formal pregame show like regional TV networks like the YES Network have.  The overall experience is closer to streaming than TV. Once the game starts there’s a stream. Before it starts there was basically a slideshow of pictures of previous games.

Some of the close-ups and video quality were just fantastic. True high definition.

The on-screen graphics also add some value to the broadcast. For example, they’re showing the percentage of hit probability of the batter.

Sometimes the feed was cutting out. That was a problem previously on Amazon Prime NFL broadcasts as well.

For some reason, I was not able to get the audio of Apple TV to work. The TVs audio worked and I tested that going to the DirecTV feed. But then going back to Apple TV the audio was not working.

Apparently the first game did not require a subscription even though I thought it did. That is a negative that there might be yet another subscription in the future that we need to watch games.

In the big picture of things, those $5 a month subscriptions aren’t super expensive but yet it is another cost. Especially for the fans that already paid for the season on Extra Innings or MLB TV.

The biggest advantage of MLB on Apple TV might be the availability on multiple devices. For example, currently I can’t  watch games on DirecTV while away from my home TV and on my iPad only. That’s of course not a concern with MLB on Apple TV.