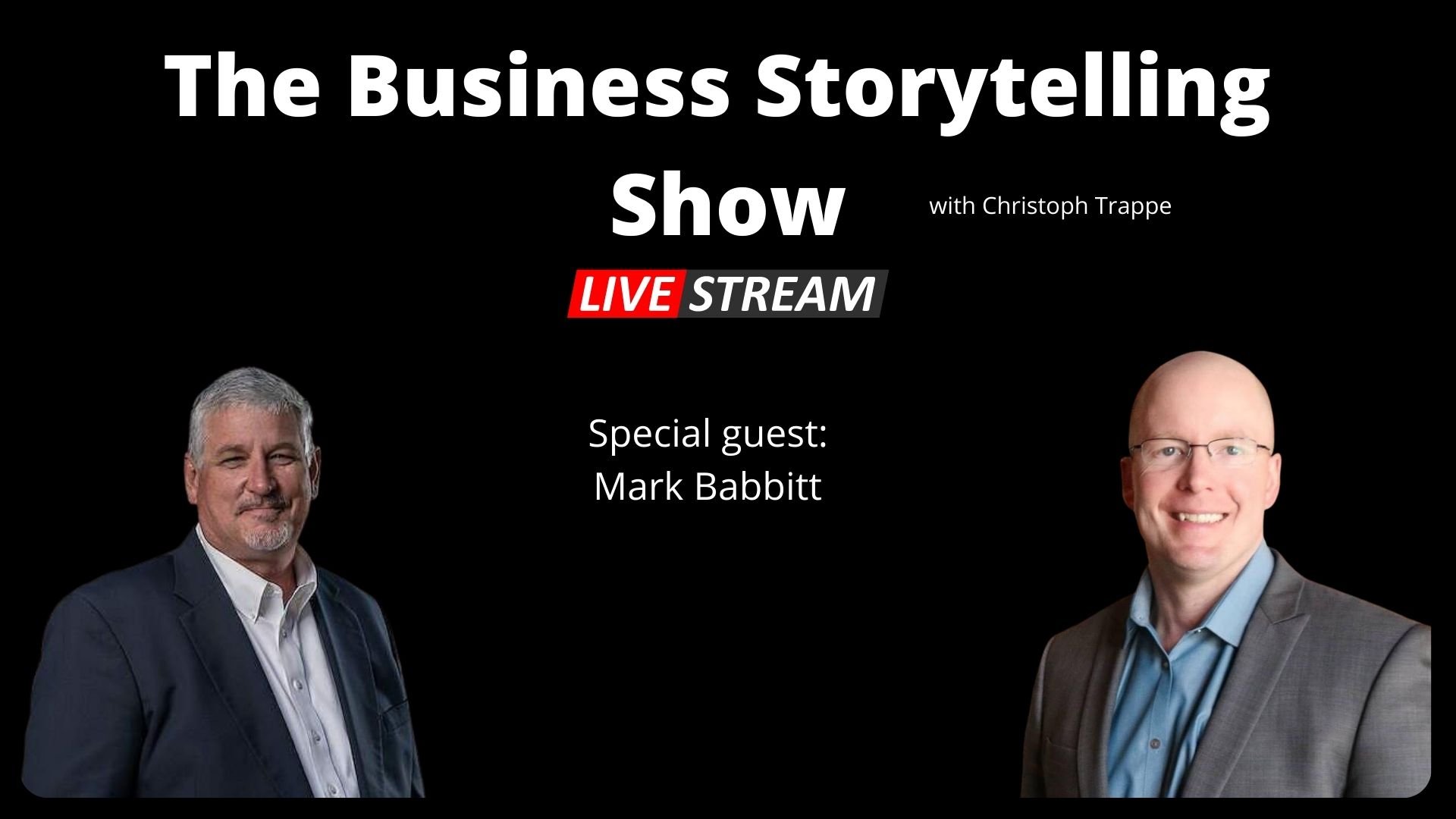 The link to “Good Comes First” is an affiliate link, meaning I earn a small cut if you click and buy.

Michael Brenner talks about how the era of the jerk boss needs to be over. Mark Babbitt in his book “Good Comes First” talks about the importance of respect in the workplace. The theme is clear: How do we make work a two-way street? Businesses need results. Absolutely. If there are none, it won’t be a business for long. But, employees also can’t be treated like they aren’t people. That’s why results and respect in the workplace matter.

Mark joined me on “The Business Storytelling Podcast” to discuss why good comes first and how that entails the right mix of respect and results. Let me dive into those two topics a bit here.

Results in the workplace

What the specific results in the workplace are really shouldn’t be a difficult topic, but it can be. And it depends on the role a person plays. Salespeople get measured on the pipeline, sales, and the like. Content strategists on the other hand should be measured on whatever part of the funnel they are currently focusing on. And sometimes the different stages of the funnel go hand in hand.

Those top-of-funnel pieces of content may not have led to direct conversion, but they made the conversion later possible because of the earlier content’s impact. It all starts with setting up the right performance culture, agreeing on the right goals, and then working together collaboratively to reach them. When something isn’t working or there’s potential, give fast feedback. Collaborate. Be nice about it.

Read next: How to be collaborative and creative together

For example, content strategy is definitely a marathon but you can grab some quick wins by moving forward. By trying different content assets, involving the experts, maybe doing a live podcast.

And then, of course, results need to be reported.

You won’t get credit for the thing people don’t know about.

Find a way to report successes. Share wins in a way that shows the impact. That could be quick Slack messages or weekly reports. And don’t forget about verbally sharing wins in meetings, on calls, or in passing.

Respect in the workplace

Respect seems an easy concept as well, but just because it’s easy doesn’t mean it’s as simple to implement, as Shep Hyken has said. Some people might say “treat others like you want to be treated.” That works in theory, but I want people to be honest and open with me. Some people just aren’t into the honest communication thing, though.

So, I think it comes back to figuring out what everyone wants in a relationship. How do they communicate? What’s their communication style? When is the best time to collaborate?

At the bare minimum, it does include making it a good work environment and that includes:

And sometimes it’s just not a match

Of course, what people enjoy and what companies offer for enjoyment can vary and evolve over time. For example, I enjoy creating useful content for target audiences – typically and mostly in an omnichannel approach and using the latest technology in an attempt to get content to perform.

That’s just a sign that not all relationships are made to be sustained, said Mark on the podcast. That’s okay and everyone needs to find a place that’s right for them. But, that doesn’t mean it’s a one-way street. It’s not just companies looking to find the people who fit into a system that shows no respect. Companies should think about the right mix of respect and results and then build teams around that.