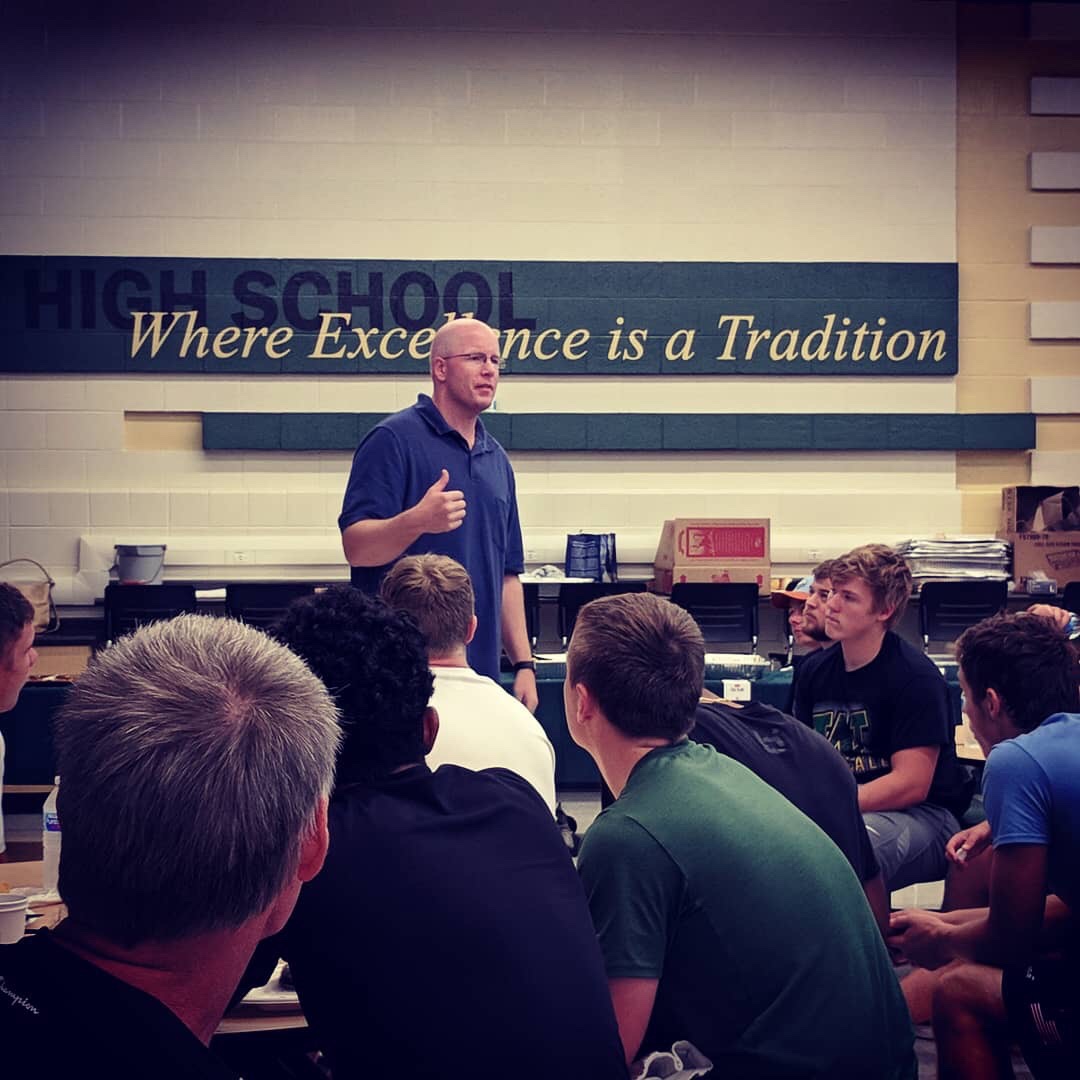 I was not surprised to see the headline that fewer kids are going out for football in Eastern Iowa, but I also know this: They might be missing out.

Of course, the headlines have been out there about concussions and longer-term injuries. I know the dangers and I played football first in Germany and then in Eastern Iowa and at the University of Iowa for approximately a decade.

I’ve been injured before and I bet I had some concussions. Sometimes I wonder if I don’t remember some events from my youth because of concussions or because I just chose to not remember them that much – is that a thing?

From the New York Times: A Football Player’s Descent Into Pain and Paranoia

But spending most of the 1990s practicing and playing the game taught me so much.

It taught me strategic thinking

This story, which I will share here now, includes a lot of learning experiences.

When I arrived at West High training camp was already over. That’s great because you don’t have to go to practice twice a day in the scorching Iowa summer heat but also meant that I couldn’t play right away. The team was set!

Of course, waiting is not my strength so I just continued to push ahead. I practiced like I meant it, I played on the junior varsity team on both sides of the ball and tried to make every game the Super Bowl. Yes, some people would say oh my goodness what an overreaction but life and football is about performance. Perform like it matters.

Read next: Sports teach you how to move on from mistakes quickly

And I just practiced and tried my hardest to perform. In the first few weeks of the season it wasn’t in the games because the team that year really didn’t need much help. They were many shut outs and it was an undefeated season at the end.

But I stayed ready and I was ready to go anytime. Of course, that also applies in business today. Some people try to be ready and stay ready for years to come and the chance never crosses their paths. So their certainly needs to be a healthy mix of being ready and finding the right opportunities.

Fun read: How I flew to Orlando on miles and slept in my car to watch a football game

As far as football goes I had some opportunities later in the year to play and start when people were injured. That’s another thing that I found interesting about that article because if people don’t get the playing time they want, it’s football. Somebody will get injured at some point and somebody else will have to step in.

But it certainly taught me how to do my best at all times and help the team in the most effective way.

Of course, I can see why people want the immediate pay back for any real or perceived effort: playing time. But of course, that’s not how life works-hardly anywhere.

I even remember when I was playing in Germany that sometimes people get playing time just because they were in the right place at the right time. One time we were needing a center and some guy who never even played center before stepped in and did a halfway decent job snapping so now all of a sudden he was the center. Just because he stepped in half a second because the other guys!

Today, my opinion is that I would let my children play football if they wanted to and some healthcare professionals I’ve worked with over the years are surprised to hear me say that.

Certainly there are dangers and certainly I want teams to take precautions to minimize the dangers as much as possible.

But there are also dangers in anything we do nowadays. The other day I was driving a guy around in a rideshare trip that had broken his leg while playing soccer. I asked whether he got tackled or what happened and he said he just bent his leg strangely.

But overall football has taught me a lot, allowed me to meet people I would’ve never met otherwise and taught a lot of lessons that I can use throughout the rest of my life.

Sure, other sports and activities can teach similar things, too. So whether you’ll learn these in football or another activity might not matter that much. For me, I learned them on the gridiron. ?