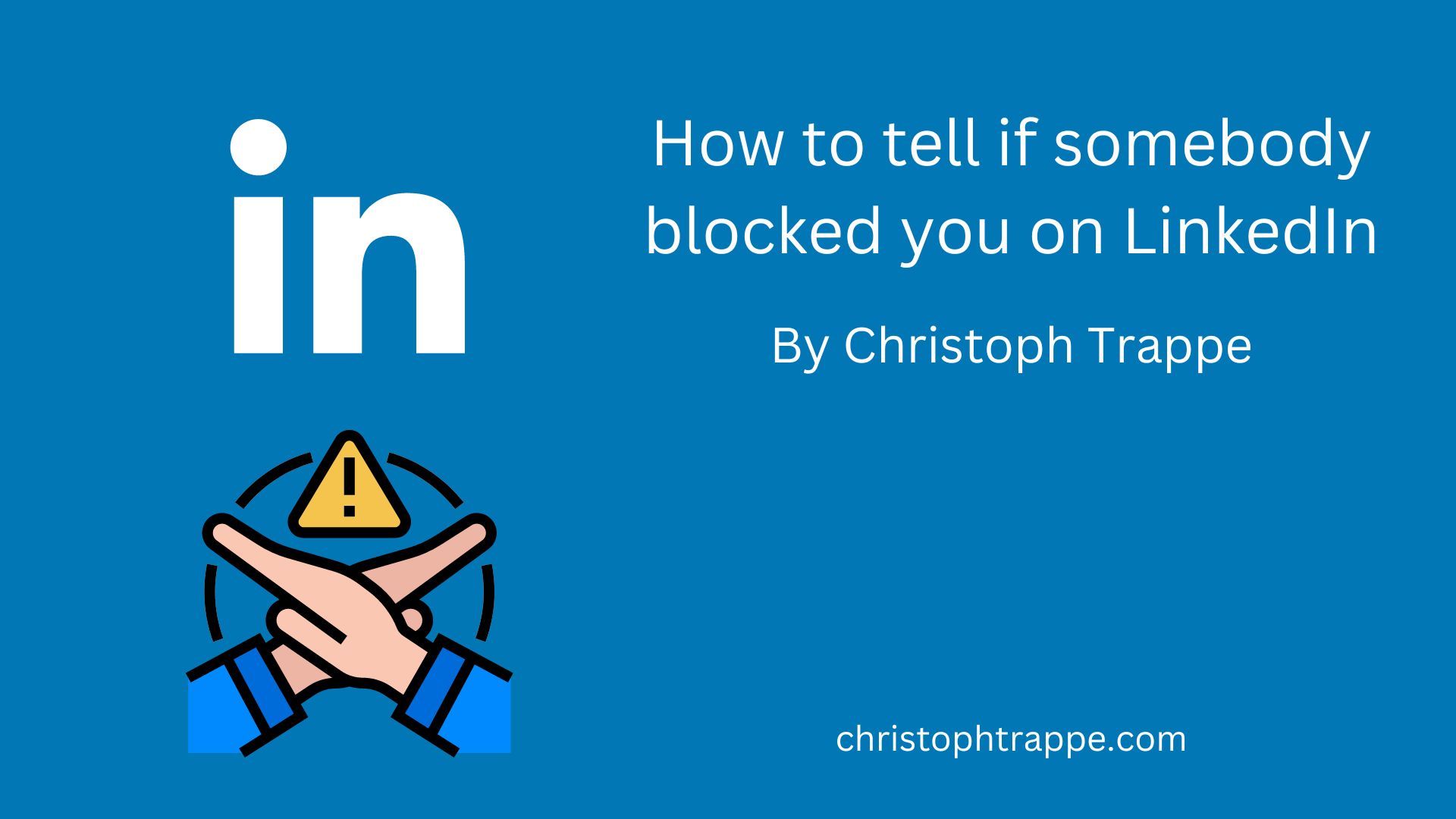 I’ve certainly seen the need to block people on LinkedIn. And also have been blocked on LinkedIn by others. I can tell you why I blocked them, but I’m not sure why specific people blocked me at times.

How to tell if you are blocked on LinkedIn

When somebody else blocks you, you don’t get notified of that. Nonetheless, there are ways you can tell.

If you have a hunch that somebody specifically blocked you, search their name on Google. You may have to search their and the company’s names where they work. If they appear on the Google search results page, they certainly have a LinkedIn account.

If you’ve recently messaged each other on LinkedIn, their name will now have changed to “LinkedIn member.” That looks like this:

Mostly, I think these are things to consider blocking somebody. Ultimately, blocking is a personal (or brand) decision.

Blocking on social media means we are now disconnected, and they can’t see your updates.

On many networks, once you block somebody, you can no longer see their posts. So, that’s something to consider.

I do enjoy the discussion and even debate on social media. I don’t mind when people disagree with me. But I do follow when people are rude or try to have the same argument with me repeatedly.

Didn’t we already talk about this? How many times do we have to do this? Yet, we STILL have different opinions.

Also, I get that people judge each other and their opinions, but when that judgment becomes an attack, that’s not cool, and I will likely block those attackers.

Read next: Blogging on LinkedIn

Blocking isn’t usually my first step to not having to listen to somebody’s rudeness. LinkedIn also allows you to unfollow somebody if you don’t want to see their posts. Finally, blocking basically disconnects us on that network.

Yes, we want engagement and learning from each other on social media, but negativity can drain the energy out of us and also our communities.

One way to preserve the energy of a shared story (even when we disagree) is to eject members who are causing an unproductive disruption.

Some people will argue with that, of course, because they claim it undermines the purity of the community. “All opinions and behaviors should be accepted.” But that’s not how any community works offline, either.

Communities have rules, and somebody enforces them.

The only difference on social media is that many tiny communities now are often very visible. And people can go in and out of different communities.

So the rules for my community – the one I choose to be part of – include:

There are likely others, but these are my overarching points that, if they happen, will get me to block somebody.

Brands – especially brands of more than one person – might be wise to write down their own rules of engagement. Once you block somebody, you may have to explain why publicly. Maybe publish your rules of engagement out of the gate.

Blocking is a good technique at times. And what’s great about social media is that you can define your own rules.

Ultimately, you can’t block too often because you need people to be connected to make social media work, but block when it’s the right thing to do – for you and your community.

How to block somebody on LinkedIn

Go to their LinkedIn profile to block somebody and click on the “more” button. Then click report/block.

Try not to take it personally if somebody blocked you; definitely don’t chase them down and ask them about it. If they wanted to have a discussion about it they probably wouldn’t have blocked you to begin with.