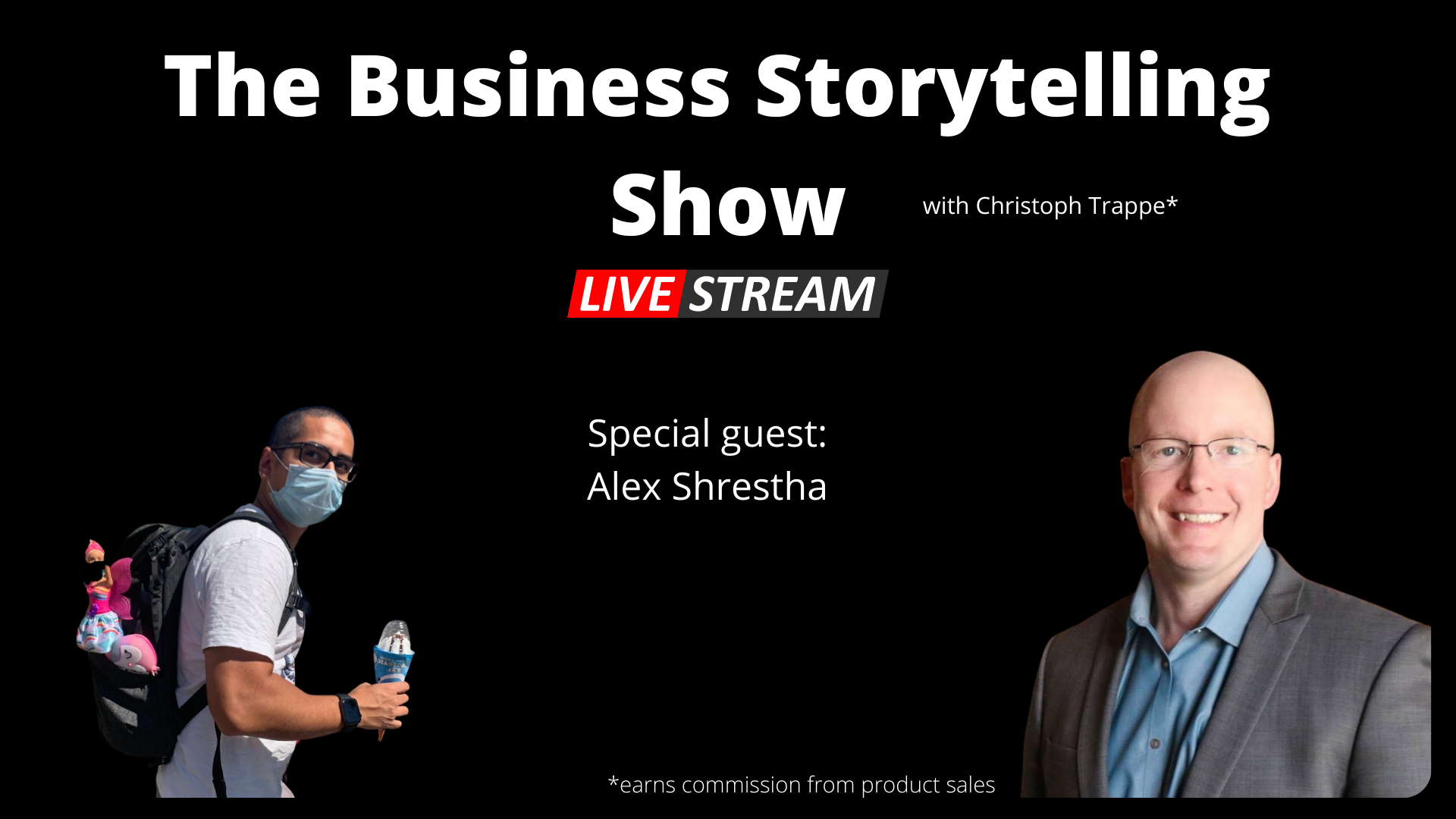 It’s always good to consider how we can evolve our video content strategy, and 360 live videos can have a place. But, as always, there are things to consider. Let’s do that here.

Alex Shrestha, the founder at oQQur, joined me on “The Business Storytelling Show” to discuss the topic, including:

360 video is created through a special 360 camera that usually costs a few hundred dollars and can be attached to an iPhone or be a standalone camera.

The camera then captures everything around it – in all directions. That allows viewers to look or scroll around the area as well. So there’s an interactivity factor involved. Here’s an example of a 360 video I produced during active shooter training.

Viewers can move around the room and choose to look at different things. For example, they can see my stressed face, look at others trying to barricade the room, or the “active shooter” played by a police officer entering the room.

That training wasn’t live streamed a few years ago, but I could consider doing that now to engage the audience even further.

When does 360 live video work?

This type of video works specifically well for a livestream with something visual to show. Alex gave examples of gaming, product reviews, or when the streamer is building something.

For example, this 2D Amazon livestream of me installing sound panels would be much better in 360. Instead of having multiple cameras, I would have one, and the viewer can decide where they are looking.

Read next: The best sound panels for your podcast studio

But does it work for live video podcasts? It can, Alex said, especially when people are in the same location. He remembers a conversation between several people sitting at a table. It was live streamed, and viewers were following along. They also kept an eye out for the house cat appearing in different spots throughout the show.

“They just put the camera in the middle, and then a cat kept showing up,” Alex said.

An advantage of 360 live videos undoubtedly is the immersive nature. That can also be a differentiator if others in your industry aren’t using it (yet).

A potential disadvantage – due to its immersive nature – is that viewers might look the wrong way and miss the actual action.

Read next: How to get my livestream video file if it didn’t save

The tech setup for 360 live videos has probably never been easier. The first videos I’ve done used an attachment to my iPhone. That’s still an option today.

The Insta360 Nano gets attached to your iPhone, and you stream from there.

Newer models – like the Insta360 One – can also be used as standalone cameras and offer creator kits that include other tools you might need.

Depending on your type of livestream, you may need better audio. For example, we are sitting around the table talking and planning on using the footage for an audio podcast. Alex said the audio quality has improved quite a bit of these cameras over recent years, and some also allow you to connect an external microphone.

There certainly is an upfront cost for the camera to get started, but if it can help your brand stand out and create better content to drive awareness and sales, why not try? It might be worth it.