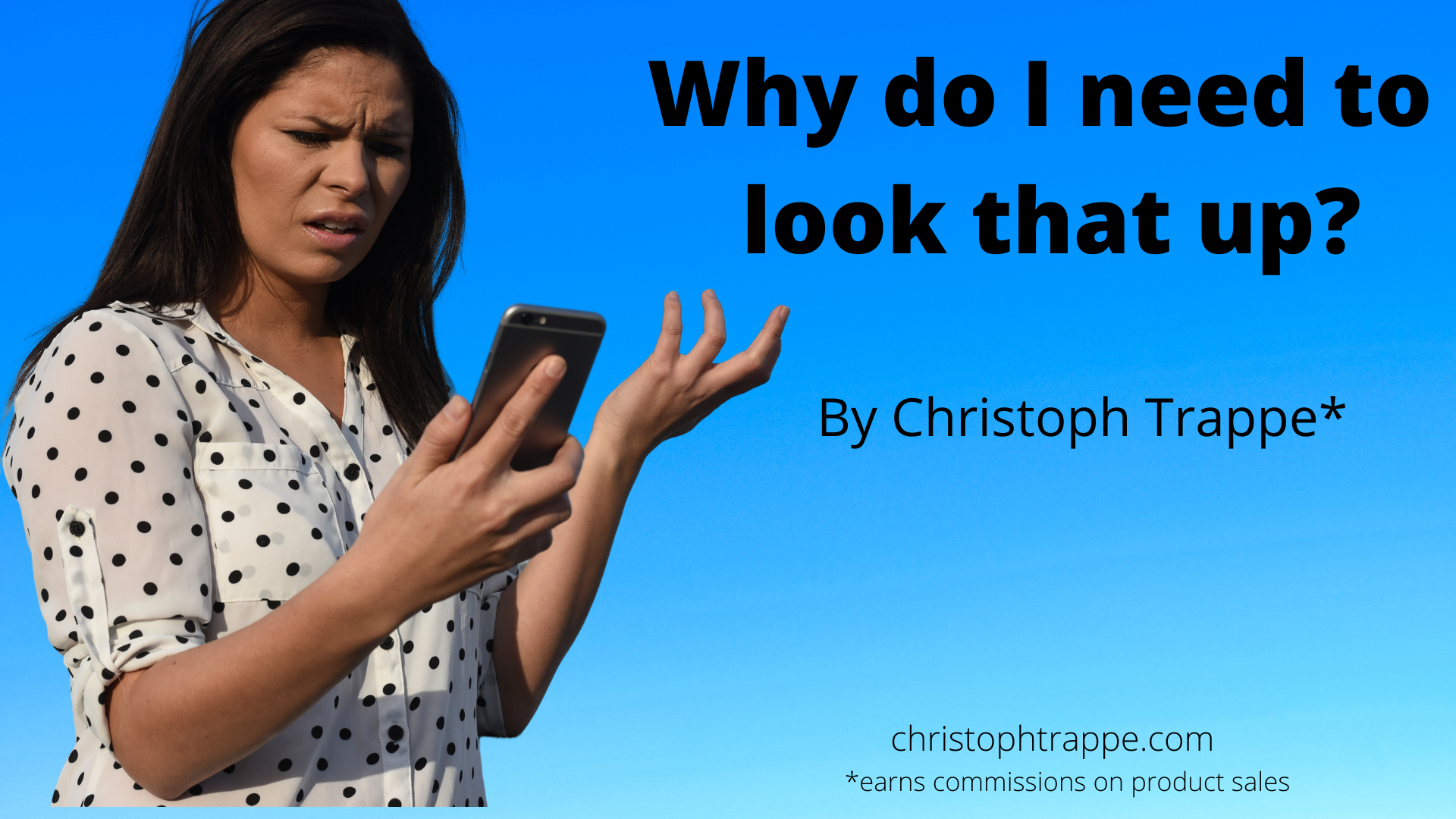 Have you ever had somebody tell you something that was different from your current opinion or known facts? And then they follow up with, “well, look it up.”

But why do I have to look it up? And especially if I didn’t even ask for that specific claim to be made. Who says that I would even find the right source?

What if I find a source that discredits the claim? Will the person just say ‘well that’s just one source” which then might be followed by a quick “look it up somewhere else.” It feels a bit like they are trying to keep me busy.

If you’re going to make a statement that people don’t believe  for whatever reason, it’s not their job to validate your statement. It’s actually your job to validate and prove it. Why don’t you send me the link after you look it up and preferably that link is available before you make the claim.

This kind of conversation is even mentioned in the book “The Life-Changing Science of Detecting Bullshit” and it clearly lists it as a red flag, for well, you guess it, bullshit.

So, instead of getting pressured, consider: Is this person just bullshitting me anyway?

Why do I have to look it up?

I actually saw a video once when somebody told the TV reporter to look it up. The TV reporter promptly googled the fact and was quickly able to disprove the fact the other person had just stated. They just said “well, it’s true what I said.”

Typically, good communicators will provide the source material to any strange claim they are making. Or they will simply appear trustworthy because they’re an expert on the topic for example.

But they won’t make a claim and then tell you to go look it up. From what I have observed online is that the “look it up” strategy is typically a way to distract the audience of the validity of a claim.

They might think that they should’ve known about it. Because if it’s that common knowledge they should have perhaps. Or they might feel dumb if they actually google for it and can’t find it.

Either way, the intent of this article is to remind us to take a step back when people tell us to “look it up.”

No, I don’t have to look it up. You send me the link with the source. It’s your claim. Not mine.

When it comes to creators sharing facts, always make sure you have the source or know how something can be true. Don’t tell people to look it up.