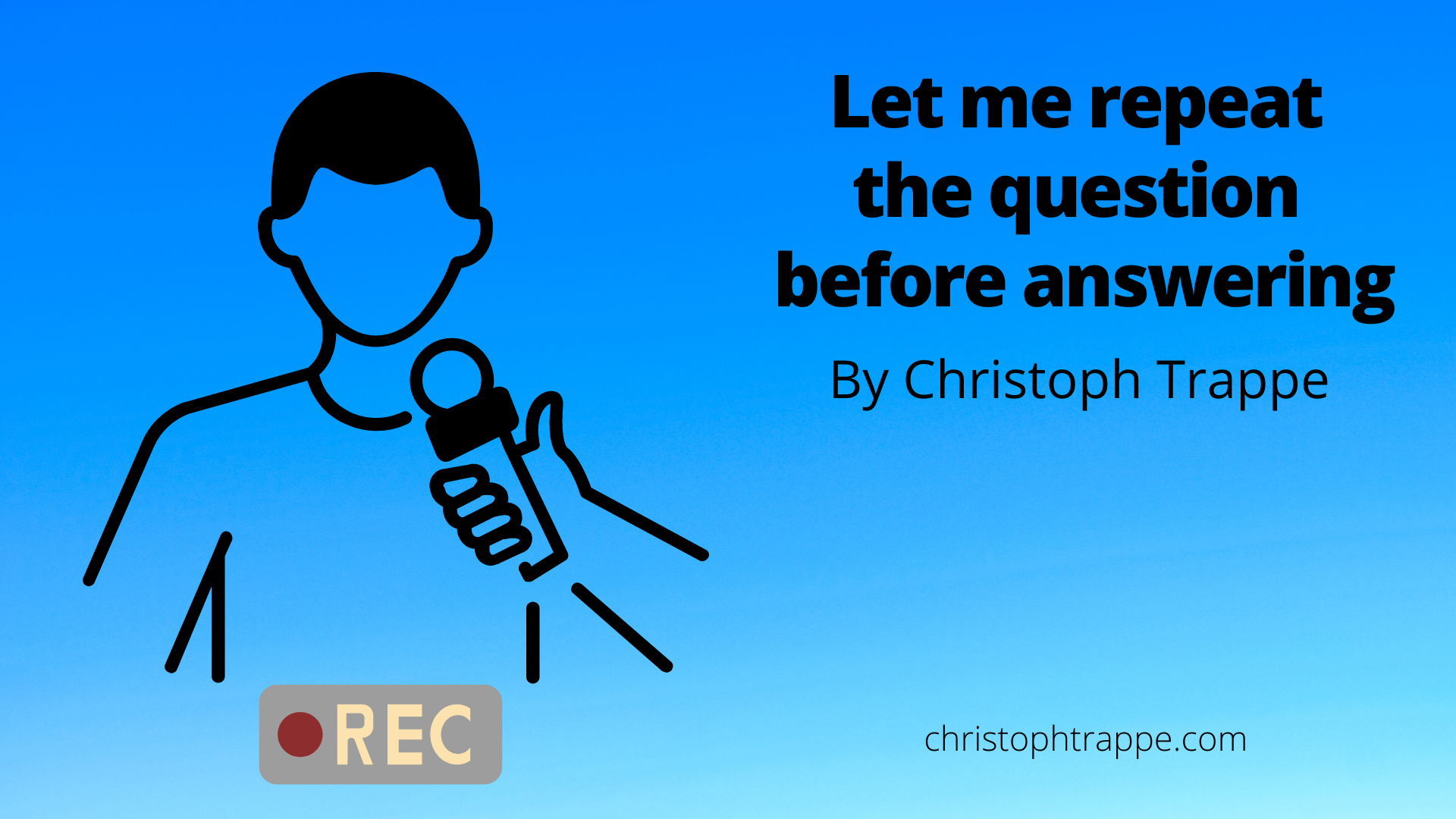 I was doing a video interview after speaking at the Digital Enterprise Show in Malaga, Spain, and was reminded of the importance to repeat the question asked before you answer it while on air.

Interviewer: “Tell us about why native social media content matters?”

There are really a number of reasons why it’s important to repeat the question before answering.

If it’s a recorded video interview – especially  when it’s not published interview style – repeating the question makes the edit way easier. Because people watching the video understand what you’re talking about without any other context.

Here is an answer to the native content question that would make an edit difficult.

What is the “it’s” referring to? An answer like this can work in a live interview but it’s hard to use as a direct quote for a video soundbite or even a written quote in an article.

But adding the context of what’s being discussed makes it easier to use the quote. And after all, as part of our public relations efforts, we want people to use our quotes.

This methodology also makes it easier to create quality audiograms and other smaller content assets from the original source content.

Read next: Content strategy: The importance of good source materials

Repeat the question to check comprehension

Questions can indeed be misunderstood. Working them into your response certainly can ensure that you heard the question correctly and are answering the right question.

If there was a huge misunderstanding, I would think the interviewer might clarify quickly.

Repeat the question to buy time to think

It’s not a lot of time – obviously. But the extra seconds to think about your answer can be helpful.

Read next: Public relations: How to talk to the media

It certainly can’t be easy to just parrot what you were asked. Sometimes people even say “that’s a good question.” Sometimes that’s done to buy a few seconds to think about the answer. Other times it’s done because you truly mean it and want to give the interviewer a compliment. Certainly it’s nice to get a compliment from time to time but that’s not going to help us with creating better content.

And it’s also not a good idea to simply repeat the question word for word.  It can sound offbrand and out of voice for you. And if you take that to the extreme now you have to remember exactly what the question was and how it was phrased. It’s not about recollection by the word. In actuality, it’s about comprehension for the end consumer.

Some wording that can be used as phrases to start your sentence:

The idea is to mention the topic that’s being discussed ever so slightly to make sure people know what we’re talking about but you also don’t give it too much weight.

So overall, I think it’s a great strategy to repeat a question while doing any kind of recorded interview. When you do an interview where the producer already knows they won’t be on the final version, they might even tell you to do this.

But even if they don’t tell you to repeat the question, it’s a good strategy to keep in mind.