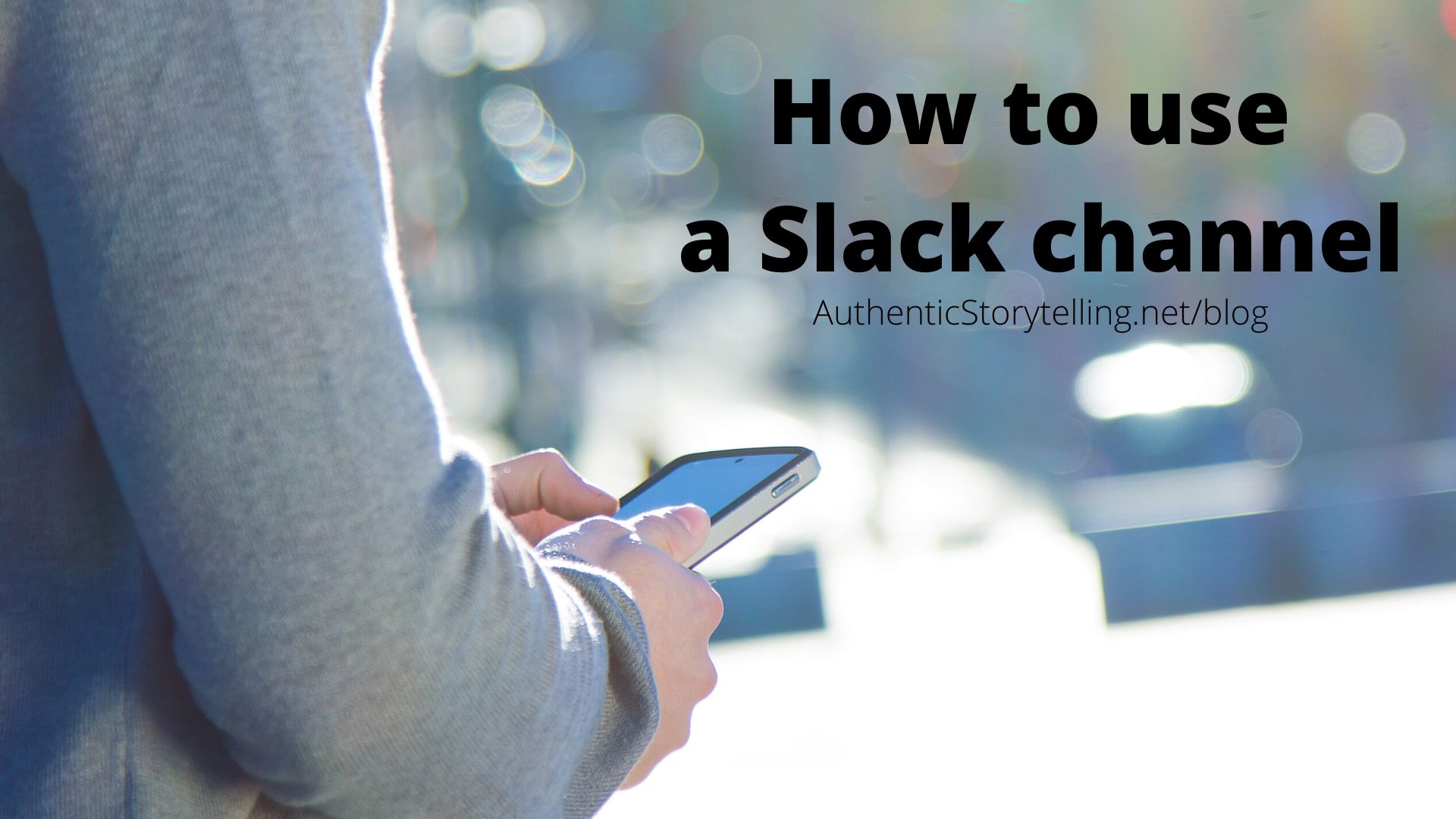 Not all communication needs to happen in a Zoom meeting or through emails. One way to collaborate is to create a Slack channel or use a similar functionality in other tools like Basecamp or Microsoft Teams.

During the coronavirus pandemic of 2020 and 2021 with many people working at home, Zoom or Microsoft Teams meetings were becoming more and more common, but not every meeting has to be a video-on meeting. Many were, though. And the same is true for email. Nothing has to be a lengthy email chain.

What is a Slack channel?

Slack is a chat tool for business communications. You can have chats with others one-on-one and also create channels. The channels can be by topic and include people involved in that topic. So let’s say I have these teams and clients I’m working with:

I could create the following Slack channels for live communications:

Some companies also create Slack channels that include clients in them. That’s another option. You can add people, people can remove themselves or you can remove them as an admin.

Messages are then shown in the order they come in, push to the top and at some point disappear from your screen. The biggest advantage is that everyone can see what everyone is saying and can add their own input.

When there’s a misunderstanding in a Slack channel, pick up the phone.

What other tools can I use?

Slack is indeed a good product in my opinion and is often used as the generic term for text-based chat communications in business. Other tools that offer similar functionalities are:

Slack is a good tool but if you already have Microsoft products and Teams is part of that why not use Teams? Or if you use Basecamp for your project management why not use the chat function in Basecamp?

All these tools also work on mobile devices which I find helpful.

Add the people that need to be in the channel. Also, keep in mind that the more people are in a channel, the less communication might happen. I’ve seen companies create a Company Slack channel where people can share things of company-wide communications. In theory that’s a good idea, but I’ve seen many cases where few employees actually post things to them.

Read next: How companies can share stories that uplift our spirits

Some things to remember when participating in a Slack channel:

Slack channels are usually intended to be live discussions. That can be a problem when somebody isn’t seeing the messages live and is trying to catch up later. That can be hard to impossible. Let’s say you are on vacation for a week, catching up on Slack channels for the last week can be a bear and often not feasible. It’s also not how a live discussion is intended to work.

Slack and other tools  allow you to turn off notifications outside specific hours. I would highly recommend to use that – especially when the team is globally distributed.

It is important for Slack messages to be complete in thought but also to the point. But I would not recommend to just sending messages that say “hi” and nothing else.

Also consider when you send your Slack messages. This used to be a lot harder because they had to be sent live but in summer 2021 Slack added a function that allows you to schedule messages. I think this is a fantastic way to not message your team in the middle of the night while you’re thinking of something.

The problem with written communications

Also consider some common problems with written communications when participating in Slack channels. Let’s dive into those here.

You’ve probably been there. One person or another’s emails are always written in a snarky, negative or maybe even “I know better than you” kind of tone.

Always.  Why can’t that person stop it and start writing in a nicer tone?

And then when you ask the writer of those allegedly nasty tone emails, he says they weren’t written in anything resembling a negative tone. He didn’t write them in a nasty tone at all. In fact he was smiling – nicely – when he wrote them. He was thinking they would help the project move forward.

So why do we have these opposite viewpoints on the same emails? Sometimes, people could pick better words. Sure. Or they could go into more depth to explain what they are talking about.

Seriously, though, for many emails that are sent, the tone virtually can’t be read from the words included. At all. Period!

Somebody emails that back acknowledging an email. Or maybe they meant: “Okkkayy, but that’s a crazy idea.” Or they gave permission. Or maybe there’s another interpretation that the recipient can dream up.

And how come they didn’t say something like: “OK, that’s the best idea I’ve heard in my 49 years in business.”

The room for interpretation could be never ending.

Often it goes back to the offline relationship of the people corresponding. If they get along well and work well together, chances are recipients won’t add the nasty tone to those emails. If there are offline issues, chances are that even the nicest emails end up having some negative connotation.

But wait, there’s something we can all do about this conundrum. We can read emails or Slack messages with a smile and give senders the benefit of the doubt.

Don’t project your own negativity on a positive Slack message.

And then the other day somebody on social media somewhere said something about the smiley being passive aggressive.

I’ve been struggling with that comment a bit. I use the smiley all the time. Mostly because the people I’m writing can’t see I’m smiling since it’s all text based. Or I use it to show agreement. Typically, it’s a positive expression for me. It’s shorter than me writing: You should see me smiling.

If we don’t give the writer the benefit of the doubt we might take the smiling smiley as passive aggressive. Even when it’s not. Maybe. And other times we might be reading it exactly correctly.

Either way, it’s good to listen to people’s perceptions and perception is reality – even if it’s not our reality,

“Perception is reality – even if it’s not our reality.” – @ctrappe

It’s always good to listen to people and how messages are received. So if you are smiling at somebody – keep in mind they might take it as passive aggressive. I suppose that could happen offline, too, though.

Text-based communications – including in Slack channels – have a place in business communications and collaborations. Be aware of the downfalls and use them when it makes the most sense.