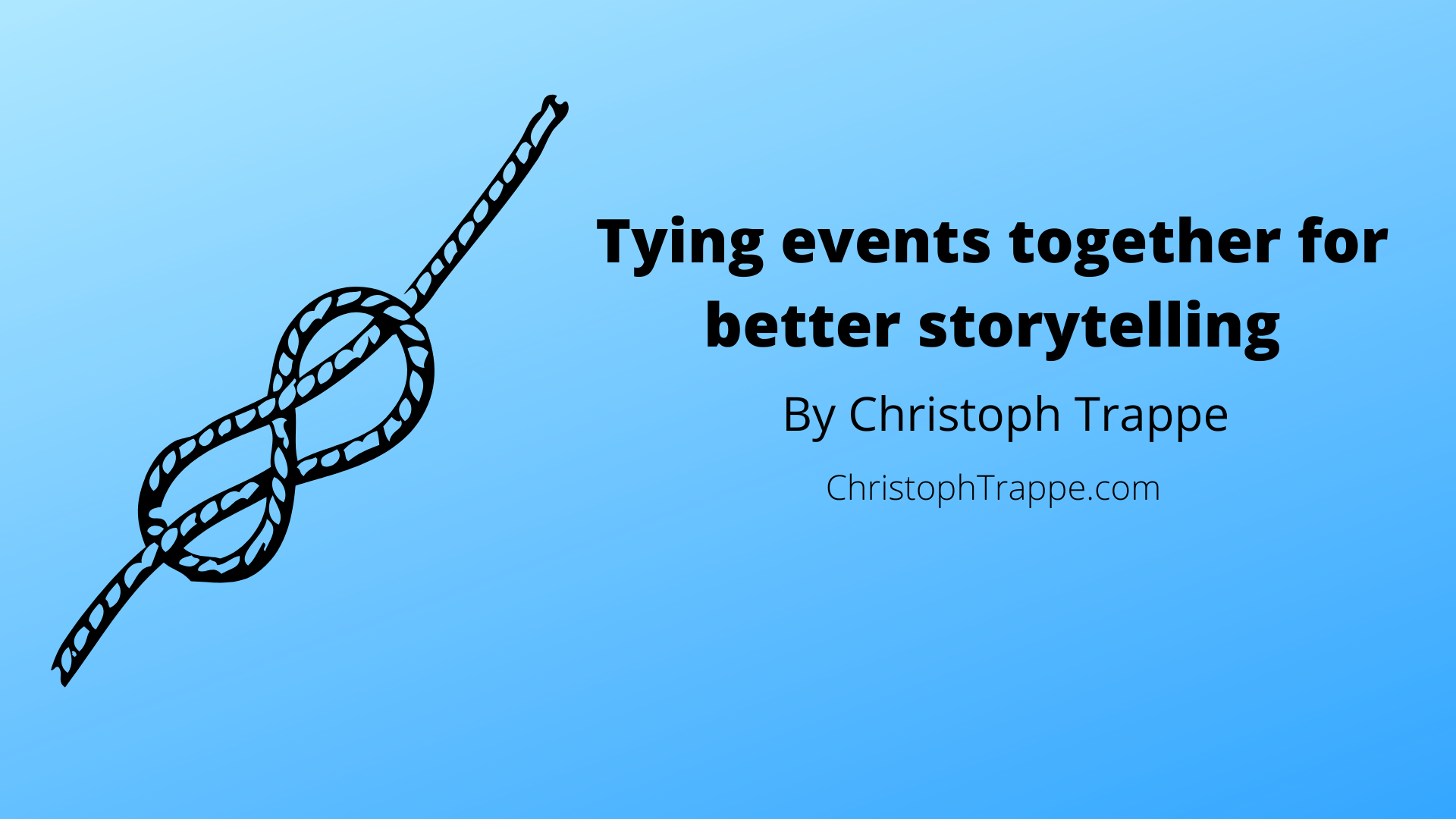 Stories work in business storytelling because they engage the audience and keep them interested. The topic of the content and relevance of the story certainly matter. But so does the way we tell it. Is it shared in an easy-to-consume way? Do we use proven storytelling techniques – like the cliffhanger or best practices for formating on the web? Another storytelling technique – often used in movies – is the callback.

It’s not always easy to apply concepts from movies or TV shows to corporate business storytelling, but – if nothing else – they are worth considering. Let’s explore the possibilities.

What’s is the defintion of a callback in content strategy?
How does it relate to foreshadowing?
The power of the callback
Realistically, how would companies use the callback technique?

A callback is a storytelling technique that connects a current event to a previous one. It comes from movies and, TV, and the theater. It’s closely tied to foreshadowing and can come in the form of a character:

How does it relate to foreshadowing?

The key to the callback is that it ties back to something that the audience recognizes and remembers from earlier. That can be hard enough in a movie when viewers miss the foreshadowing or don’t recognize that whatever just happened will be tied together down the road.

But foreshadowing matters to make it work. Sometimes, we can work backward to include the callback. A lot of business content isn’t necessarily created like fictional shows. Instead, it’s often made on a schedule that ties back to content and business goals, and content is built on an ongoing basis.

That means we may not know exactly what content will be created three months from now, but we do know what content is being developed over the next few weeks.

So, instead of overthinking how to foreshadow at that moment, consider how to callback to the content you already have later down the road.

Sometimes, we may reference something that happened not too long ago.

The power of the callback

The callback technique can be powerful in keeping audiences engaged. And callbacks can be used anywhere – including in meetings. Think of them in these ways:

The key here is that the reference has to work, and it can sometimes be cheesy. Cheesy gets people’s attention. Make sure it’s not undermining the other person’s earlier point but ties into it somehow.

Realistically, how will companies use the callback technique?

It’s much easier to talk about a storytelling technique new to some of us than to implement it. No doubt. This one is no different. But getting people to pay attention to our content over the competition can be a differentiator.

To get started with tying content together, it is essential to be aware of existing content. What can we even refer back to, and when does it make sense?

One common and somewhat easy place is on a company’s podcast. After a few dozen interviews, similar topics bubble up. Refer back to them. When guests give opposing or slightly opposing views, ask the guest about their opinion differences.

Read next: [Read this before starting your podcast] Going live – Livestream your podcast to reach more people

Verbally referring back to them is one way. ” When so and so was on the show, they said xyz. How does that apply here?”

Another way is to run the video clip from the previous episode. Having the clip available does take quite a bit more planning, though.

We also don’t want to overdo this strategy, as an episode can quickly turn into a throwback of just previous shows. That could go down a rabbit hole and don’t leave that much time for the current guest.

The callback technique can also be used in existing articles. A good strategy is often to go back to existing content and update it based on newly available source materials and how the article has performed.

Let’s say an existing article was published last year and is performing so-so. It’s not a home run, but it’s also good enough that it doesn’t warrant deletion and could use an update.

By now, we know what other content exists in our content library, and we can consider which pieces of it can be integrated with callbacks.

Truly connecting some pieces of digital content assets can be tough – even when we have a good storyline. Think of blog posts. Even when they are well-read and drive awareness, that doesn’t mean people will read them in the order they were produced in.

Many successful blogs are found through search. People get the information they need and leave. So connecting it all can be challenging but certainly worth considering.

Another way to tie it all together is by reusing the content as a continuous piece, which could be a downloadable content asset or even a book covering the topic.

Read next: How to write business books using your blog as the foundation

The callback is another storytelling strategy to consider for corporate content creators. It doesn’t mean we have to use it all the time, or even most of the time. But, we can use it when it makes sense, and the content lends itself to this technique.