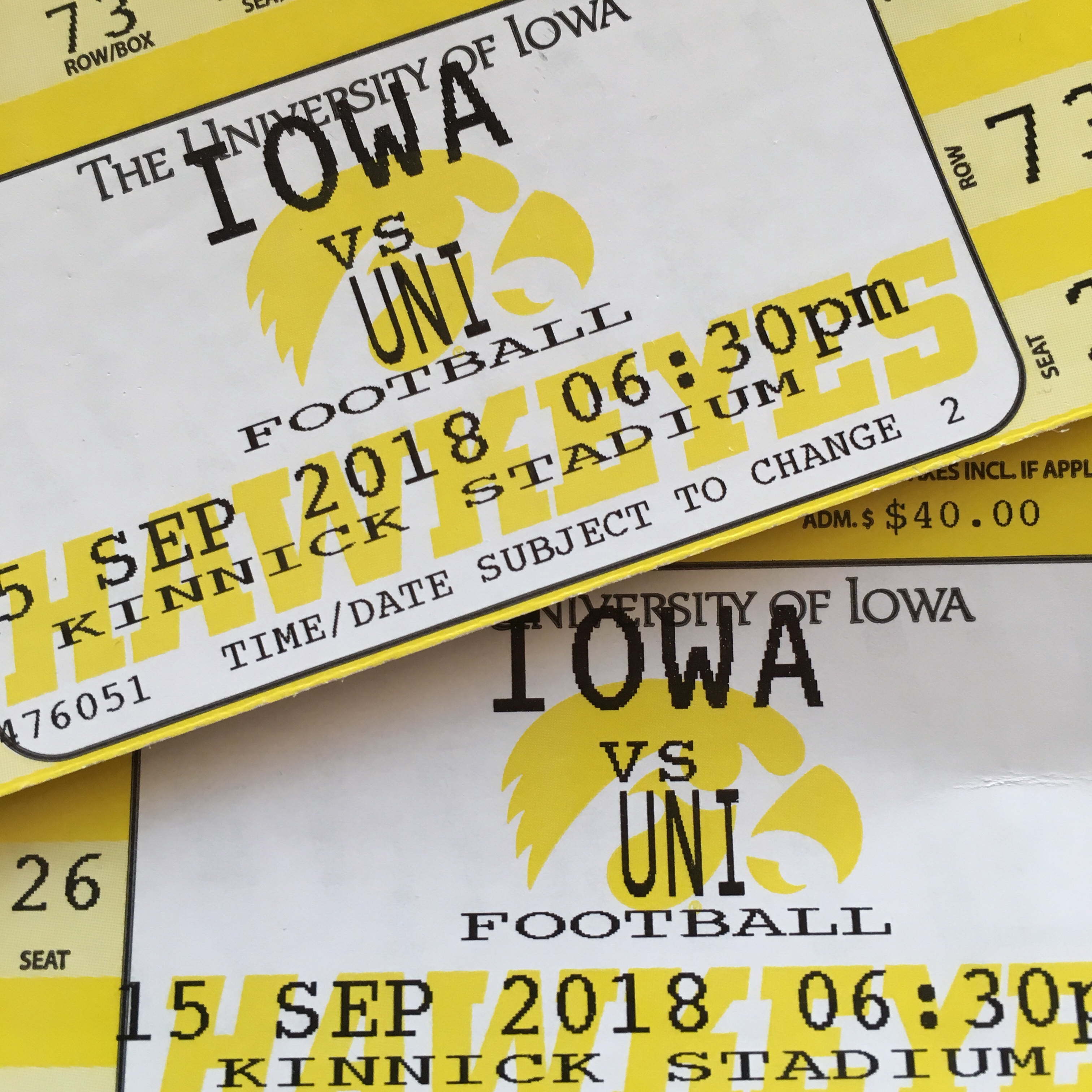 I’ve shared my fantastic experiences with SeatGeek before. Once, I used it to buy a Toronto Blue Jays ticket for a game that started 45 minutes from now and I still had to clear customs into Canada. I bought it once in the cab! Game on!

And I’ve bought other tickets through SeatGeek this year and next (Yankees at Toronto, Redskins at Tampa Bay, Rangers at Pittsburgh Penguins). So it’s fair to say I love that app as a consumer. ⭐️⭐️⭐️⭐️⭐️

And then I was able to secure cheap college football tickets for an University of Iowa game. I certainly wouldn’t mind returning to Kinnick Stadium where I once was on the Hawkeyes team.

I also wouldn’t mind turning a profit and trying selling the tickets. I had them in hand. It was also a nice learning opportunity about money for my 10-year-old. And we discussed the options.

They were printed tickets. Could I even sell them online? This quickly?

I checked the SeatGeek app and there was no function to do that. OK. Heading to StubHub. They had a SELL TICKETS function right there in the app. Yay! All functionality on mobile matters!

On the next screen you could find your event and then add your tickets.

How? Just scan the barcode and StubHub ties into the Iowa football ticket office and puts a hold on the tickets. So you can’t use the printed ones unless you delete the listing.

It’s like scanning checks. You still have the check even after scanning it in your bank’s app, but you can’t deposit it twice.

The print to digital divide has been truly broken. #boom

StubHub even makes recommendations on pricing and you can see if they list it as a good deal or not. The best deals show up higher.

I settled on a price that was right in the sweet zone per the app:

If my tickets sell, my payout would be $124, which is more than twice what I paid for them. So not unhappy with that at all.

And my plan was to delete the listing mid afternoon if they still hadn’t sold and go to the game.

Overnight they did sell though. And that was that. The money is being transferred to my PayPal account. I’m not sure if PayPal takes a fee of that. I’m guessing they will. They take no fee.

We pay for the technology through our fees, you know.

One thing I didn’t notice was that StubHub would allow people to buy just one ticket. And then if the other one didn’t sell I could go by myself or let it go. That scenario wouldn’t have made me money and with PayPal fees I would have lost a couple bucks.

That didn’t happen and both tickets sold so no worries but something to think about.

For this purpose, the StubHub experience was easy and great. I would highly recommend using the app to sell your tickets.