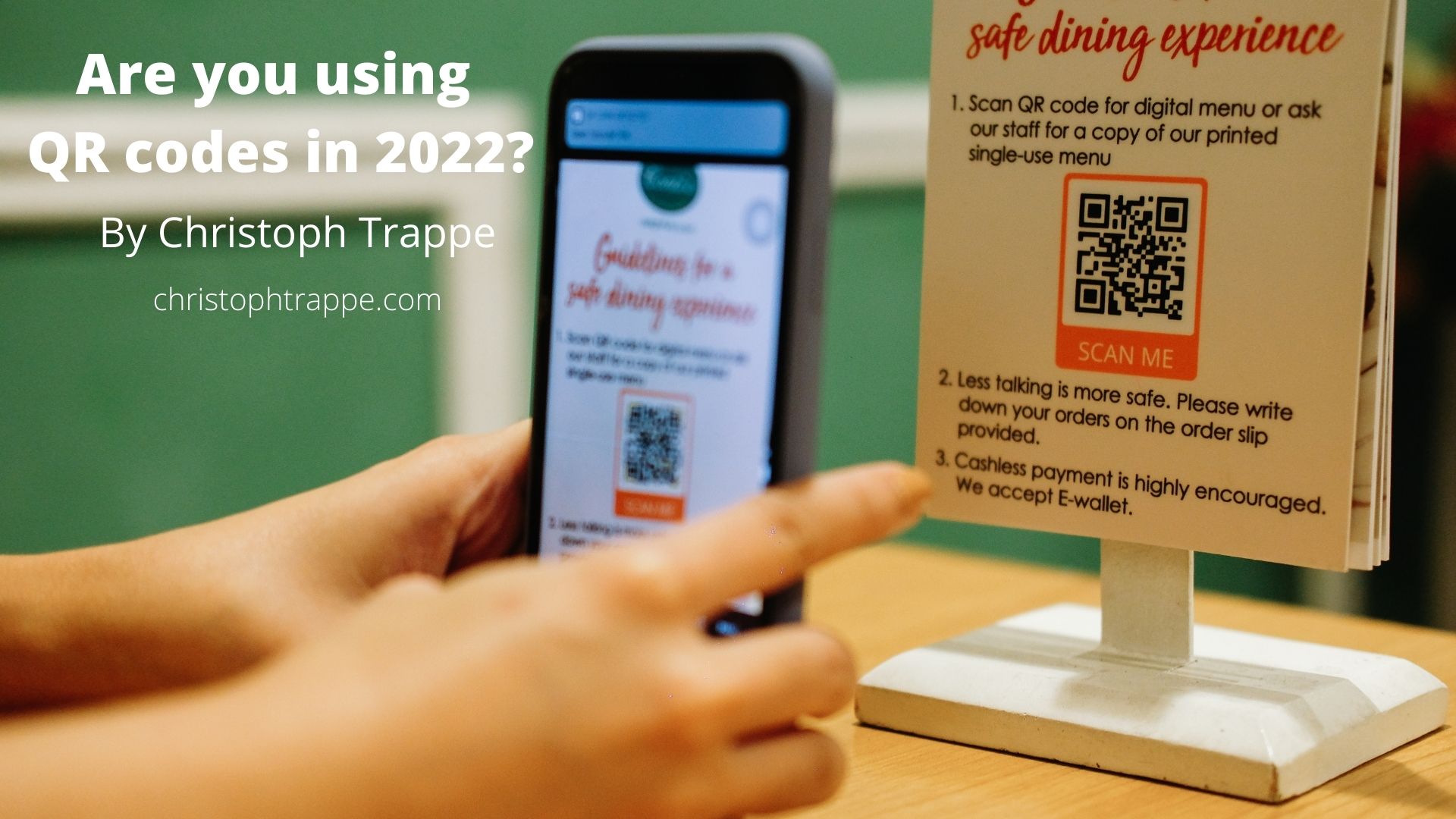 There is a real reason to use QR codes (scannable codes basically) in marketing and customer experience – even in 2023. The technology has improved quite a bit in the last decade. Most phones nowadays can just be pointed at a QR code in camera mode, and the code gets read. Back in the day, you had to download a special app.

The first time I tried the codes was in 2010. In one project, we put a code on the back of somebody’s T-shirt, and it said: scan me for a good deal.

That felt pretty clever, but ultimately hardly anybody scanned the shirt – though it got attention. But they were just not that user-friendly then.

I used them on a few more projects, but – given the low – or at least perceived low user adoption, I put them aside and thought they were a waste of time. And then the technology improved and now these scannable codes seem to be everywhere.

Consumers use QR codes in 2023

As this study by Voxpopme, where I work as director of content, found, consumers do use the codes and find them convenient.

Even Super Bowl commercials have them

During the 2022 game between the Rams and the Bengals, Coinbase ran a Super Bowl commercial on TV that was literally just a QR code.

I personally couldn’t get it to scan as the code was moving relatively fast, but it is a great example of using a scannable code in a campaign.

“If anyone had any doubts about QR codes, they are as mainstream as can be #SuperBowl,” said Frank Padikkala on Twitter.

Aside from the big game,  QR codes are being used more elsewhere, too.

I ran across a code while visiting Germany. The camera quickly offered me the link to click to go to the website.

Here’s how that looked on the screen:

Read next: Small business websites – How to create one quickly and what to include

Walking through a northern borough in Düsseldorf I saw another QR code on the window of a store:

Again, super simple: swipe left on the iPhone to open the camera, hold the camera towards the code and it offers you the option to open the website.

Especially during COVID, restaurants can use codes for diners to scan and get the menu on their phones.

The British Airways Lounge at London Heathrow allows you to view the menu and order through a QR code.

Local SEO expert Gregg Gifford mentioned that business should consider using QR in marketing to drive reviews. Set up a landing page that has all the different review sites listed and points the scannable code at that site. Once people arrive, they can pick the network where they want to leave a review.

Basically, the scannable codes can work where it makes sense for businesses to direct consumers from an offline experience to an online one. Really, anytime there’s an online component that makes sense it’s worth offering a QR code.

How to create a QR code?

There are several QR code generators that you can try. Before you print and hang up any code, please ensure it’s working correctly. Test it with your own phone. Many of these also let you track usage.

Try next: How businesses can maximize direct mail

The key to adopting technology is that it’s easy enough to use when needed. QR codes didn’t fit that mold when they first came out, but now they certainly do.

QR codes are now easy to use. Try them in your offline marketing.