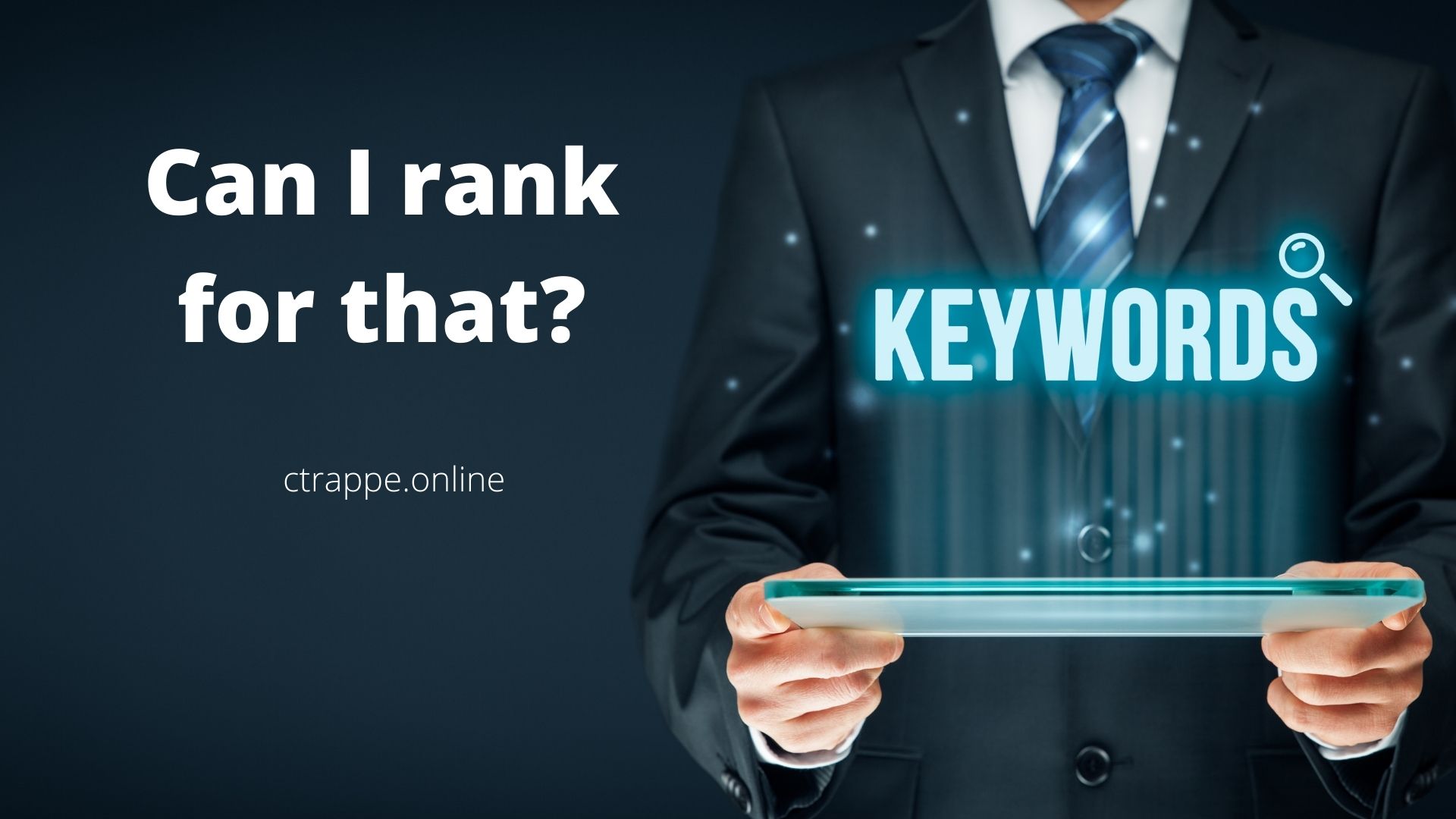 A look at how long it actually takes to rank in SEO for a term. Of course the answer is it depends but sometimes quick resulrs are possible.

SEO Copywriter Jessica Foster joined me on this episode of the podcast to talk about how you can maximize your SEO copywriting. For example going after lower volume and lower competition keywords can help you drive results much quicker than trying to hit that homerun.

In addition to the new podcast I wanted to share this article below which I wrote in 2019 but it’s still relevant today.

A safe answer is: It depends. And not just safe, but also true. For many things in digital marketing and content marketing, the answer is that it depends on a number of factors, including:

Ranking for keywords that nobody searches for is not a good strategy, says @ctrappe

And I’ve heard teams over the years discuss how it takes time to rank for certain keywords and phrases. That’s not untrue necessarily, but is also not the end of the story.

I also shared the search engine impact the Super Bowl has with the story of why it was brilliant that YouTube TV sponsored the pregame show.

I certainly used Google to get answers to questions I had that came up during conversation at home while watching the game. One of those was: “What teams have never won the Super Bowl?”

And the answer came in the form of an article that was published that same day by Sports Illustrated:

As you can see by my helpful highlights, the article was just published that day – Feb. 3, 2019. They wrote about it and immediately jumped to the top. It didn’t take time for it to rank. At all.

I’ve seen that with articles I’ve written on here as well. My story on how to do Instagram Live video took off.

1 million searches and 100,000 views for Instagram Live and now nobody uses it!

I didn’t even do any keyword research when I wrote it.

This also appeared to have happened for me on here on Super Bowl Sunday. The story above ranked well and showed up. As you can see in my Google Search Console numbers (highlighted) I had 263,000 impressions that day in Google searches. I didn’t see a huge spike of clicks overall, but whoa!

Diving deeper, it appears I ranked well for the term “Super Bowl.”

Diving even deeper, it appeared that the article – at least momentarily – ranked No. 2 for Super Bowl searches.

Very interesting and that article climbed to No. 2 from nowhere in seconds. So content can rank in Google searches quickly.

Of course on the flip side, some articles don’t rank high or get much search traffic at all and then all of a sudden people are finding them. That happens too.

Maybe the differentiator in the above example is that it was a live event watched by a ton of people. Either way, I couldn’t have risen to the No. 2 ranking had I not written the quick article on the pre-game show.

“Only content that is published will perform.” – @ctrappe #contentmarketing