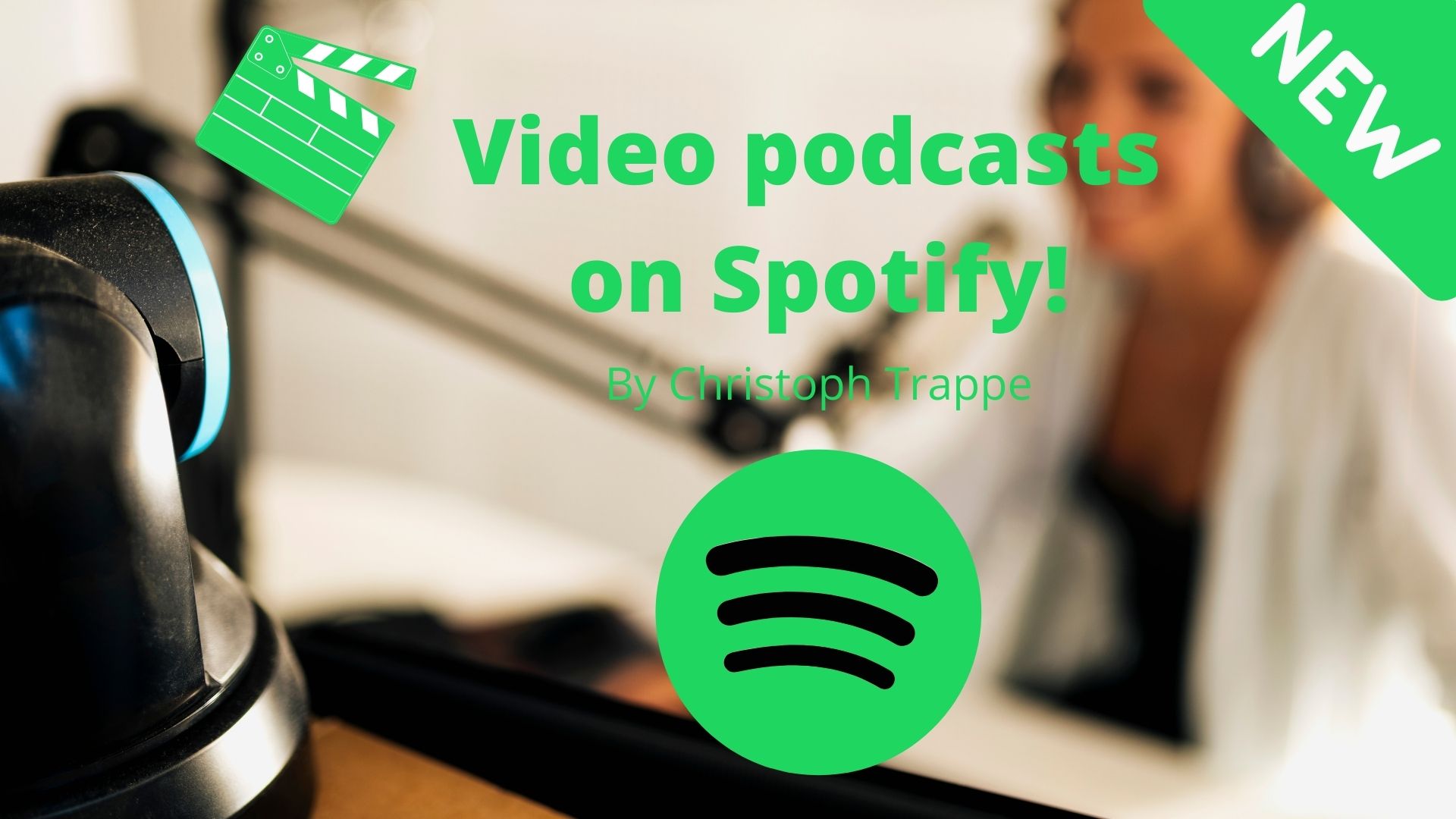 Having a podcast with video on Spotify just makes sense and is now easier to accomplish, especially when:

It used to be that only specific celebrities were able to have a video podcast on Spotify. So I was pleased to hear on the Marketing O’Clock Podcast on Sept. 3, 2021, that I could now submit my own show as a video podcast. I did that right away and was approved to add the Business Storytelling Podcast in audio and video on Spotify by the middle of October.

The feature is now available to all Anchor users.. For example, I got it on a much smaller podcast that I do on live streaming.

What are video podcasts?

At the simplest level, a video podcast is simply a video version of a podcast. Video podcasts are another way for brands and creators to show off their personality and build a relationship with their audiences.

Read next: Doing live audio monitoring correctly during a podcast or livestream

Podcasts are usually thought of as audio-only and distributed via major podcast channels – like Apple, Spotify, Google Podcasts, etc. And that’s how many companies that dabble in podcasts think of them. But of course, there is more.

There’s really no reason to not record your podcast on video as well. If for no other reason than to upload the video file to YouTube and now Spotify.

In addition, if you livestream your podcast, which I highly recommend, you can also simply use that video file and upload it to Spotify.

Where can listeners find podcasts with video on Spotify?

Spotify video podcasts can be watched on desktop and in the mobile apps. It’s not necessarily super easy to find and it took me a while to find the video version on the iPad app. Once I clicked on the episode cover art, the video started playing. But there was no indication given that I should consider clicking there.

This video shows how that looked:

How to publish your video on Spotify

It’s pretty simple through Anchor. When you start with a new episode, simply click on New Episode and upload your video file.

Make sure that this is the final version that you want to use as you can’t edit it or even preview it once it has been uploaded.

I thought I had seen an option to edit the audio version but can’t seem to find it as of this writing. Either way, just make sure to edit it before importing the file. I use the video editor that comes with my PC or this online Video Trimmer. I usually don’t edit my livestreamed episodes but do trim out the beginning countdown, which I use on the livestream to give me some time to get the show started.

From there, publish the episode as you normally would. Anchor will publish the video and audio versions to Spotify and audio-only to all the other podcast channels.

Spotify now also allows you to update existing episodes with video. So these are published episodes that, to this point, only have audio. But now, you can go in and replace existing episode’s audio file with a video file. Here’s how that looks within Anchor.

That’s a bit of a judgment call on whether or not that’s a worthwhile exercise. If you have existing episodes that perform really well, maybe it’s worthwhile to go back and update the episodes with video if it makes sense.

But if you have hundreds of episodes that would be a lot of work to go in and upload video for all of them. Plus you have to find the correct video files as well.

Many of my audio episodes have ads in them that perform relatively well. The audio ads appear to play with a still image so the ad revenue is not lost. They run as regular audio ads on other networks without video.

You can set that by clicking on the set or edit ads function when you first upload your episode or you can go back and click on edit ads.

From there you can pick a spot where you want the ads to run.

Based on my podcast, the numbers are pretty low, but I wouldn’t expect them to be super high out of the gate.

Here are some examples of episodes that had a decent amount of audio listeners and a handful – literally – of video viewers.

The number of video viewers can also depend on where the majority of your listeners are tuning in from. If it’s your website or Apple, where the video isn’t available, that number will be lower.

Nonetheless, to me, it just makes sense to take advantage of this feature. I’ve never been a fan of limiting podcasts to just audio, so this is another evolution that makes sense.